THE WHO Announces Additional 2020 'Moving On!' U.S. Tour Dates

Legendary rock band THE WHO has announced it will be moving on in 2020 with more tour dates, not quite ready to close the books on its acclaimed "Moving On!" tour, which paired singer Roger Daltrey and guitarist/songwriter Pete Townshend with local symphony orchestras across North America and was hailed by critics as a once-in-a-lifetime rock experience. Along with a series of rescheduled shows announced earlier in the month, the band has expanded their 2020 itinerary to include a show on April 21 in Hollywood, Florida (Hard Rock Live),April 23 in Cincinnati, Ohio (BB&T Arena at Northern Kentucky University),and a series of six shows at The Colosseum at Caesars Palace in Las Vegas, Nevada, kicking off on May 5 and running to May 16 (see dates below). Tickets will be available at Ticketmaster.

THE WHO's April 23rd show in Cincinnati will have added historical significance as it will be the first time the band will be performing in the city since eleven lives were tragically lost as the concert crowd waited to get into THE WHO's concert on December 3, 1979. The historic show was announced last night by local Cincinnati TV station WCPO after airing a documentary special commemorating the 40th anniversary of the tragedy — "The Who: The Night That Changed Rock". Pete and Roger were both interviewed for the special program along with longtime manager Bill Curbishley. THE WHO will make a donation from the concert to the P.E.M. Memorial, the organization that was founded to honor friends and classmates that lost their lives at the December 3, 1979 concert, providing college scholarships for students at Finneytown High School.

Local symphonies will again be joining THE WHO for the 2020 shows, putting their indelible stamp on the music's timelessness in support of Roger and Pete's trademark emotional power. The 2019 spring and fall legs of the "Moving On!" tour generated the most unanimous outpouring of acclaim from critics and fans of any live rock show this year, winning raves across North America for the orchestral dynamic as well as the duo's cathartic rock firepower and intimate acoustic numbers. "They're not getting older. They're getting better. You better, you better, you bet." hailed the Worcester Telegram, with Pollstar magazine affirming "Daltrey is in peak form, and so is Townshend, lavishing his trademarked windmill guitar motion." 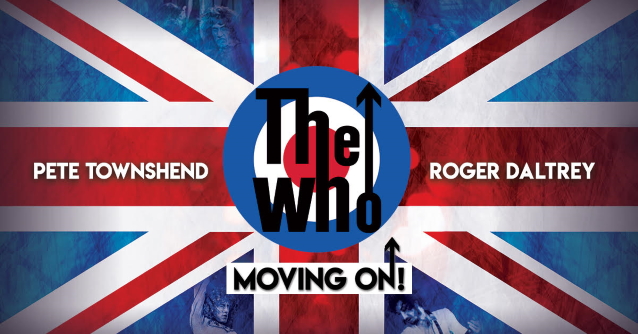