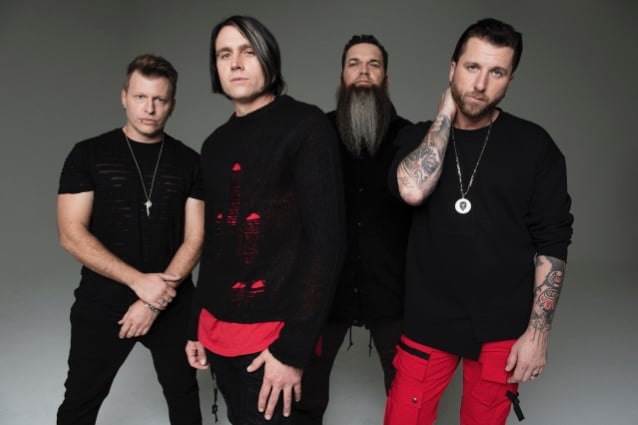 THREE DAYS GRACE was forced to cancel its previously announced shows in Cincinnati (May 2),Fort Wayne (May 3) and Madison (May 4) due to a member of the band's touring party testing positive for COVID-19, the disease caused by the SARS-CoV-2 coronavirus. Refunds available at original point of purchase.

THREE DAYS GRACE's new album, "Explosions", will be out on May 6 via RCA Records. The LP's first single, "So Called Life", was No. 1 on Mediabase's Active Rock chart and Billboard's Mainstream Rock Songs chart. This was the band's 17th No. 1 song on the Mediabase chart and 16th No. 1 on the Billboard chart, and tied the internationally acclaimed and multi-platinum certified Canadian band with SHINEDOWN for the artist with most #1's on the Billboard chart. The song's music video was directed by Jon Vulpine.

We're sad to say we're forced to cancel our upcoming shows in Cincinnati, Fort Wayne and Madison due to a member of our tour testing positive for Covid. Refunds available at original point of purchase and we hope to see you all soon. 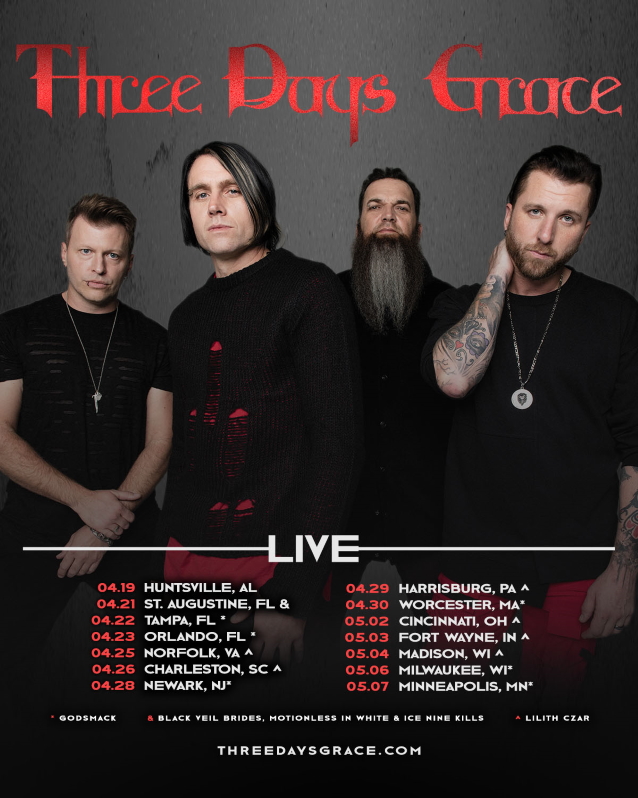