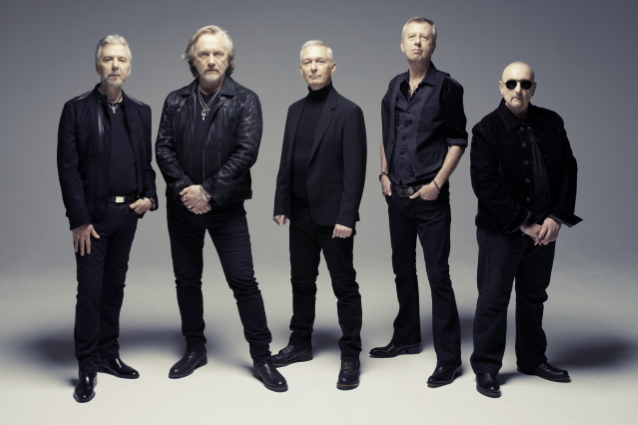 British hard rock veterans THUNDER will release a new album, "Dopamine", on April 29. The official music video for the LP's first single, "The Western Sky", can be viewed below.

"Dopamine" is THUNDER's first ever double-album, and consists of 16 tracks — something that is resonant with the album's themes.

Guitarist, songwriter and THUNDER co-founder Luke Morley says: "'We didn't set out to make a double album but as the writing and recording process went on, we wandered into some interesting areas and then it became a case of 'can we afford to leave any of this off?' In the end, we did reduce it from 20 tunes to 16, but it wasn't an easy choice."

Satirical and urgent but never downcast, "Dopamine" was inspired by the world's mass retreat to social media during the pandemic lockdowns, endlessly hunting for the next hit of happy hormones.

"I read a fascinating article by an American psychologist," says Luke, "who said that social media forces us to become dopamine addicts. We're validated and liked on social media, which releases the dopamine — and so we get addicted to it. We take more and more selfies in the hope of more and more validation, and the album cover reflects this. People are surrounded by amazing things that they're missing because they're so self-obsessed. Of course, you'll have to get your hands on the physical album to see all of the amazing things I'm referring to."

The new single and first taste of the album, "The Western Sky", shows that despite the rallying against instant gratification, sound-wise THUNDER is as immediate as ever.

The new album comes at the perfect time for THUNDER, whose lineup for the last quarter-century and more has been Luke and Danny Bowes (vocals),plus Ben Matthews (guitar and keyboards),Chris Childs (bass) and Harry James (drums).

They've been riding a wave of success since their 2015 comeback album "Wonder Days", releasing the acclaimed "All The Right Noises" last year, with Classic Rock speculating that it could be the band's best album yet. The record went Top 3 in the U.K. albums chart, a quite incredible feat for a British hard rock band into its fourth decade.

And make no mistake — the last 30 years have been a rollercoaster ride. THUNDER had a start in life like few other bands, delivering a killer debut LP with 1990's "Backstreet Symphony" and scoring a U.S. record deal with the help of a keen fan, Axl Rose of GUNS N' ROSES. Songs like "Dirty Love" and "Low Life In High Places" — according to the late radio legend Tommy Vance, "the greatest ever single released by a rock band" — have gone on to enter the British rock canon.

Despite these early triumphs, rewarded with gold awards and one of the most enduring fanbases on the planet, changes in musical fashions and two breakups made THUNDER's progress a rocky road indeed. All that changed with the current sequence of albums that kicked off seven years ago with "Wonder Days".

"Dopamine" will be available in CD and double LP vinyl, with exclusive lenticular cover versions available only from the THUNDER online store.

THUNDER will embark on a U.K. arena tour in May 2022, including a date at London's OVO Arena Wembley. 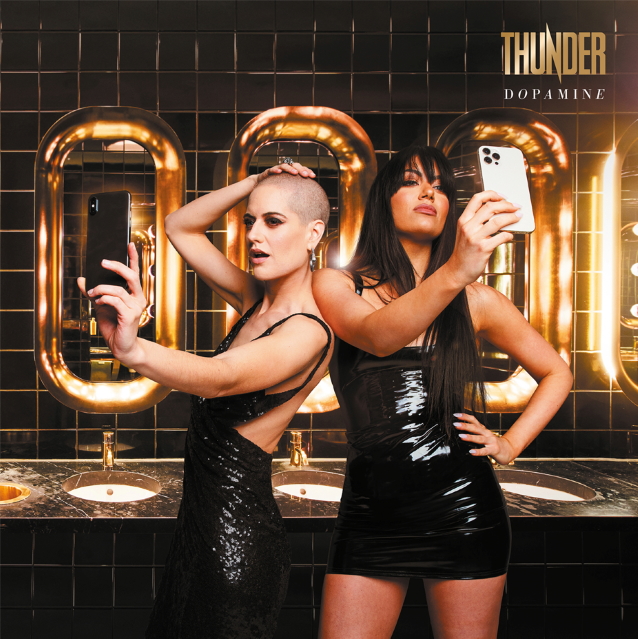