"As we enter THUNDER's 20th anniversary year, we've found ourselves becoming increasingly busy with our various activities outside of the band, and we've come to the conclusion that there are simply not enough hours in the day to fit it all in. Having discussed it at length, we've decided that this is a fitting time for us to hitch up our wagons and ride into the sunset. We've therefore decided to give you advance notice that we intend to cease all recording and touring activity, as of the summer of 2009.

"In practical terms, this means that we will cease to be a band as of the summer, but until then it will be more or less business as usual. The 2008 Xmas show CDs will be released as promised, and the previously announced shows in Europe (February) and Japan (April) will go ahead as planned. We will use these shows, as well as any festival slots we can secure, to make the most of the time left, and say our goodbyes to you.

"With that in mind, despite only touring a couple of months ago, we couldn't make our exit without saying goodbye to U.K. fans, so we've arranged a final U.K. tour, which will take place in early July.

"We've played loads of fantastic shows over the last 20 years, but we want all the shows between now and when we go to be the best we've ever done. We really hope you'll want to be there to help us to do that."

THUNDER U.K. dates are as follows:

Tickets will go on sale on Friday, January 30.

THUNDER's latest album, "Bang!", was released this past November via Frontiers Records. 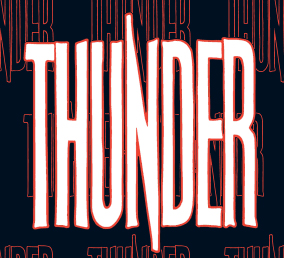