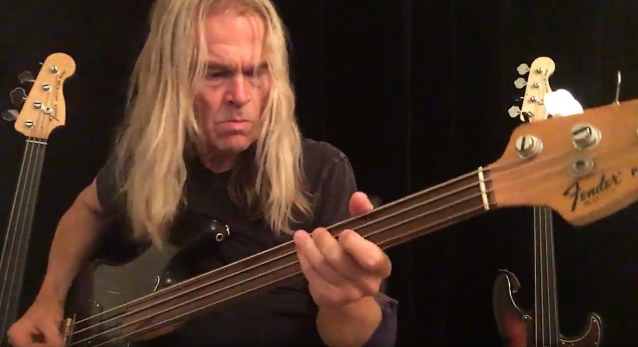 TONY FRANKLIN: 'I Will NOT Be Doing Any Tour Dates With LYNCH MOB In 2020'

Bassist Tony Franklin has shot down reports that he will tour with LYNCH MOB this year.

On Wednesday, two shows were announced by LYNCH MOB in celebration of the 30th anniversary of the band's debut album, "Wicked Sensation". The group's lineup on the posters for both dates listed Franklin alongside guitarist George Lynch, lead vocalist Oni Logan and drummer Brian Tichy (WHITESNAKE, THE DEAD DAISIES).

Earlier today, Franklin, who has previously played with THE FIRM and BLUE MURDER, took to social media to deny his involvement with LYNCH MOB's upcoming trek. He said in a statement: "I will NOT be doing any tour dates with LYNCH MOB in 2020. The announcements were put out prematurely. Apologies for any confusion"

LYNCH MOB 2020 world tour will reportedly see the quartet perform "Wicked Sensation" in its entirety along with select songs from Lynch's time with DOKKEN.

The two shows that have been announced so far are: March 20 at Debonair Music Hall in Teaneck, New Jersey; and March 21 at the Stereo Garden in Patchoque, New York. Support on the dates will come from the L.A. GUNS version featuring Steve Riley and Kelly Nickels.