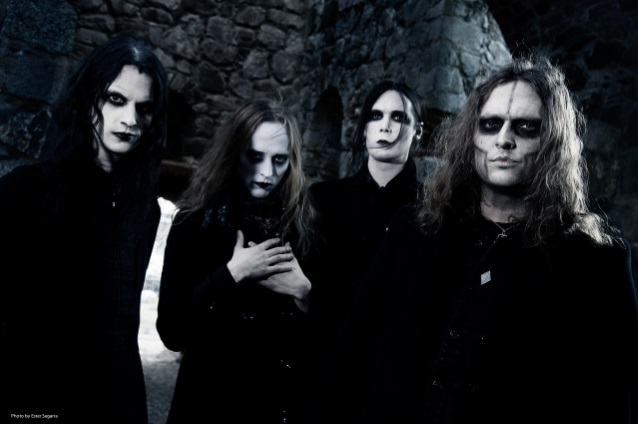 Swedish quartet TRIBULATION will release its new album, "Down Below", on January 26 via Century Media Records. The follow-up to the critically acclaimed 2015 release "The Children Of The Night" will feature artwork crafted by TRIBULATION guitarist Jonathan Hultén.

The official visalizer video for the song "The World", created by Robert Piel, can be seen below.

"Today we are announcing our third and last single before the release of the new album," said the band. "It is called 'The World' and once again filmmaker Robert Piel has created a visual interpretation for you to enjoy."

"Down Below" is preceded by a brand-new seven-inch EP. Titled "Lady Death", it includes the album track "Lady Death" as well as the B-side "Skärselden".