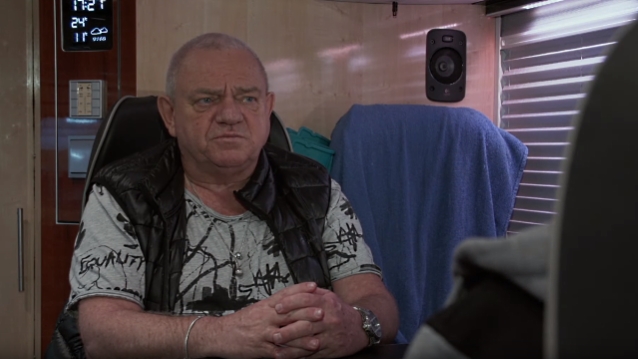 A 30-minute documentary titled "Udo Dirkschneider - A Portrait" can be seen below. The film by Noel Auch was produced as part of Noel's bachelor thesis and includes German-language interview clips with Udo as well as concert footage from U.D.O.'s February 2019 live shows in Heidelberg, Stuttgart, Memmingen, Bochum and Nuremberg.

Earlier this year, Udo used a walking cane during some of his concerts after recently dealing with a "serious health" issue.

The former ACCEPT frontman, who turned 67 in April, reportedly couldn't walk at all for an extended period after experiencing pain in his left knee. He later ignored doctors' advice when deciding whether to return to the road and joined his bandmates as they kicked off a European run of headlining shows in January in Madrid, Spain.