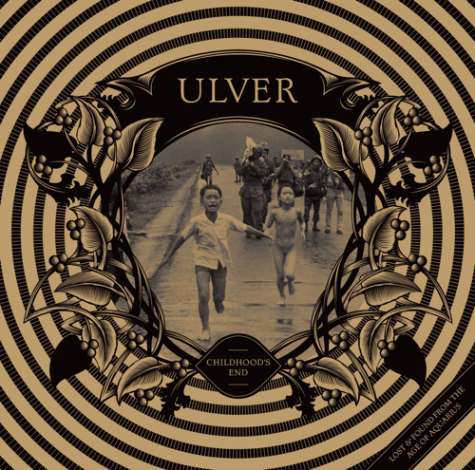 "Childhood's End", a collection of classic psychedelic tracks recorded by the Norwegian band ULVER in late 2011, is due out in North America on June 5. The set sees the band re-interpret classic psychedelic tracks from the late 1960s. The album includes ULVER's unique versions of tracks from THE 13TH FLOOR ELEVATORS, ELECTRIC PRUNES, JEFFERSON AIRPLANE, THE PRETTY THINGS and more.

Early pioneers of Norwegian black metal, ULVER have continually evolved throughout their career and now stand as living legends of the dark music industry, blending rock, electronica, symphonic and chamber traditions along with noise and experimental music to create groundbreaking material.

Last year they released the critically acclaimed "War Of The Roses" album which was described by Zero Tolerance as "a quite beautiful record of startlingly powerful depth."

The "Magic Hollow" video can be seen below. Also available is a new video interview with ULVER frontman Kristoffer Rygg. The acclaimed vocalist, musician and producer sat down to discuss his early introduction to psychedelia, the philosophy behind creating an album of classic psychedelic covers, how he personally views ULVER's current musical direction and more.