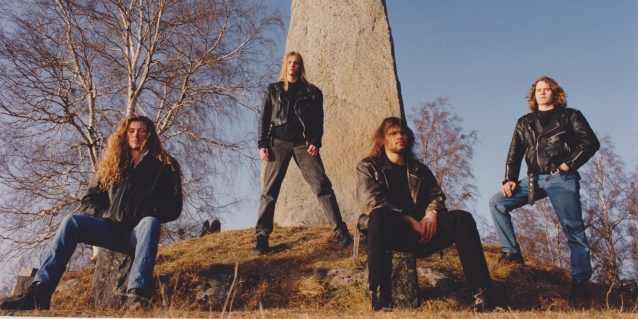 Based in Vikarbyn, Dalarna, INCARDINE made two demo tapes in 1992 before recording the aforementioned album the following year. The LP, which was mixed by Peter Tägtgren, was shelved after the band's original label went out of business.

"Seeds Of Doom" contains 14 songs of "catchy, technical death metal" and will be made available in the following formats:

Folkare has been the guitarist for UNLEASHED since 1996.