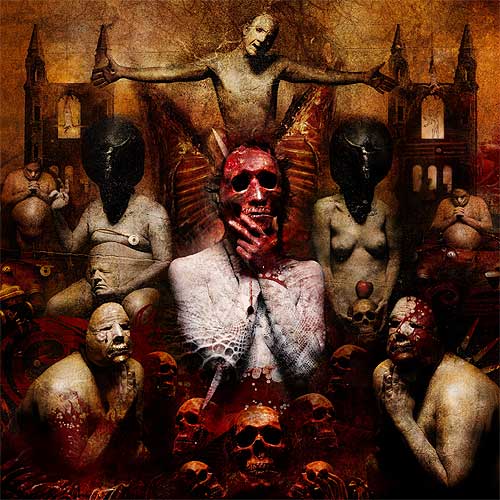 A video clip of Polish death metallers VADER performing the song "Helleluya (God Is Dead)" on October 5, 2006 at Les Docks in Lausanne, Switzerland, has been posted online at YouTube.com.

VADER's "Impressions in Blood" album entered the Polish national chart at position No. 8. The band's video for the song "Helleluyah (God Is Dead)" has been posted online at YouTube.com. The clip was shot with director Andrzej Wyrozebski, who is said to be one of the leading movie producers in Poland. Janusz Król (known from the Polish fantasy movie "Wiedzmin") was responsible for all special effects and the whole set design. Slawomir Panasewicz (who has worked on over 140 video clips!) was a cameraman.

"Impressions in Blood" was recorded at Hertz Studio in Bialystok, Poland and features artwork by Greek artist Seth (ROTTING CHRIST, PARADISE LOST). A full-length MP3 of the song "Warlords" can be downloaded at this location.