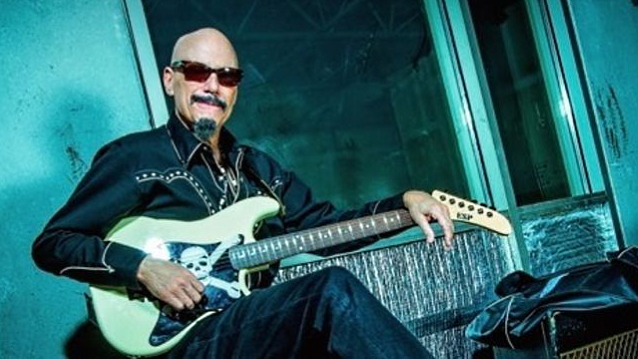 Legendary guitarist and record producer Bob Kulick has died at the age of 70. His passing was confirmed by his brother, former KISS guitarist Bruce Kulick.

Earlier today, Bruce posted the following message on social media: "I am heartbroken to have to share the news of the passing of my brother Bob Kulick. His love of music, and his talent as a musician and producer should always be celebrated. I know he is at peace now, with my parents, playing his guitar as loud as possible. Please respect the Kulick Family's privacy during this very sad time."

Throughout his 40-plus-year music career, Bob Kulick has worked with an astonishing array of artists: from Meat Loaf to MOTÖRHEAD; from KISS to Michael Bolton; W.A.S.P. to Diana Ross; as well as legends such as Roger Daltrey, Alice Cooper, Lou Reed and Paul Stanley's first solo LP and tour.

Last month, Bruce admitted in an interview that his relationship with Bob was "not healthy." Bruce spoke about his estranged older brother five months after Bob made a public post on his personal Facebook page as as well as on his Instagram accusing Bruce of contributory "copyright infringement" over the sale of "Kulick Brothers" merchandise items, including a signed photo. According to Bob, the items were being made available via Kiss Army Merchandise with permission from Bruce only. Bob went on to say that Bruce "has a restraining order" against him, but didn't offer any more details about the circumstances that led to the order being issued.

During 2017's "Kiss Kruise VII", the Kulick brothers played a 13-song set that featured 10 rarely performed KISS songs such as "Turn On The Night" and "All American Man", as well as three classics from Paul Stanley's 1978 solo album (on which Bob performed). That same year, Bob released a solo album, "Skeletons In The Closet".

I am heartbroken to have to share the news of the passing of my brother Bob Kulick. His love of music, and his talent as...