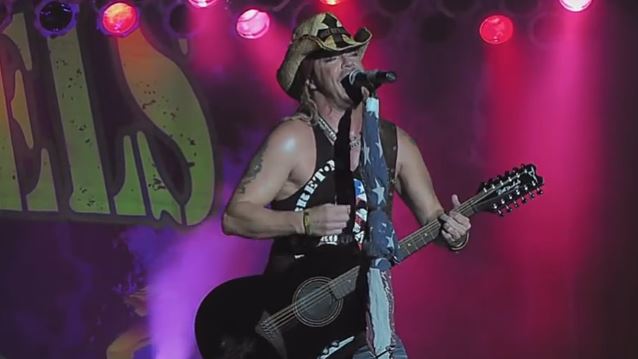 Fan-filmed video footage of POISON singer Bret Michaels and his solo band performing on October 1 at the Downtown Jonesboro BBQ Festival in Jonesboro, Arkansas can be seen below.

Bret recently said that he is hopeful POISON will tour with DEF LEPPARD in 2017.

The multi-platinum "hair metal" rockers haven't done any major touring since taking part in the 2012 "Rock Of Ages" trek with LITA FORD and DEF LEPPARD. Since then, Michaels has been focusing on his solo career and last year released the video for "Girls On Bars", his rock-and-country-crossover track which was written with Grammy Award-winning songwriter Luke Laird.

Bret told NorthJersey.com: "I'm beyond thankful for Rikki [Rockett, drums] and C.C. [DeVille, guitar] and Bobby [Dall, bass]," he said. "These guys are an important part of my life and I'm hoping that POISON and DEF LEPPARD can tour together next spring." 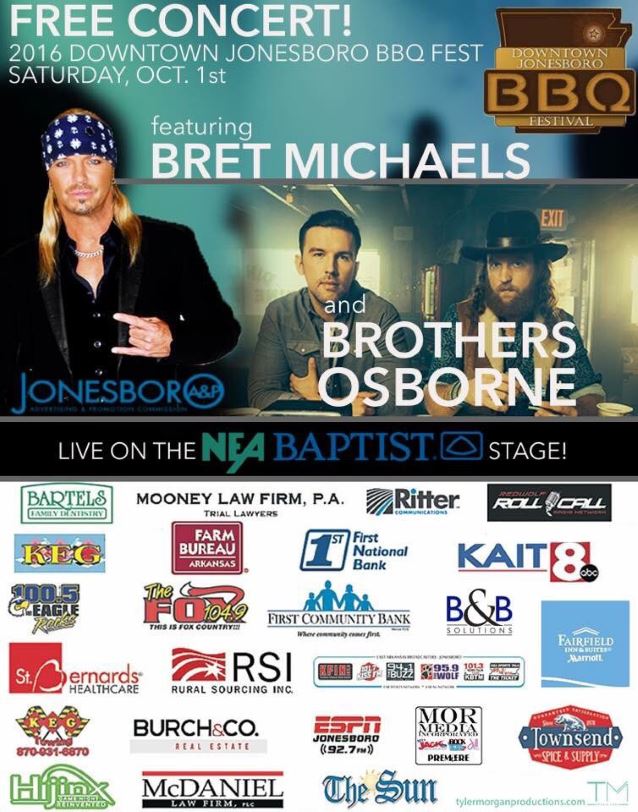