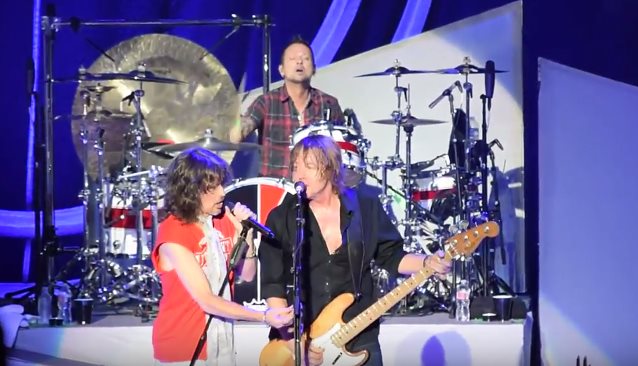 Fan-filmed video footage of FOREIGNER's August 30 performance at The Greek Theatre in Los Angeles, California can be seen below.

The band — Mick Jones (lead guitar),Kelly Hansen (lead vocals),Jeff Pilson (bass, vocals),Tom Gimbel (rhythm guitar, sax, vocals),Michael Bluestein (keyboards),Bruce Watson (guitar) and Chris Frazier (drums) — is promoting a new career-spanning compilation titled "40" that features forty hits from forty years. Rhino released "40" on May 26 as a double-CD set that includes forty songs recorded between 1977 and 2017. A double-vinyl version that features twenty-three songs was made available on June 2. "40" brings together the best songs from Foreigner's nine studio albums, including all sixteen of its Top 30 hits: "Feels Like The First Time", "Urgent", "Waiting For A Girl Like You" and more. The collection features "Too Late" from the group's 2008 retrospective "No End In Sight" and "The Flame Still Burns", the title track from a vinyl EP released just last year, making its debut on CD in this collection. All prior recordings have been remastered and the album features two new tracks recorded especially for this release, "Give My Life For Love" and a new version of "I Don't Want To Live Without You".

Four of the five surviving original members of FOREIGNER reunited for a three-song encore during the band's concert on July 20 at the Nikon at Jones Beach Theatre in Wantagh, New York. Singer Lou Gramm, keyboardist Al Greenwood and multi-instrumentalist Ian McDonald joined Mick Jones to perform "Long, Long Way From Home", "I Want To Know What Love Is" and "Hot Blooded". This marked the first time Jones, Gramm, Greenwood and McDonald had all shared a stage together since 1980. 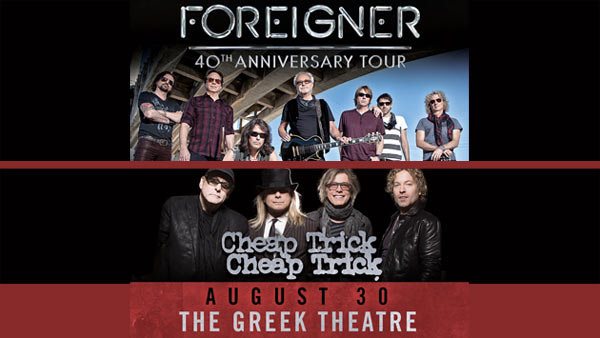