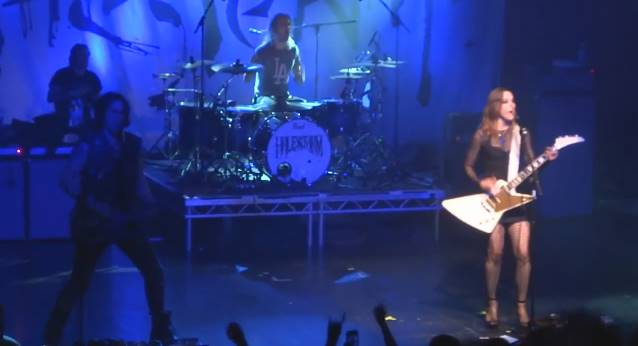 After 20 months of touring behind 2012's "The Strange Case Of…", HALESTORM has commenced work on record number three. The quartet headed into the studio in January following a short holiday break. Singer Lzzy Hale told Loudwire: "It's the beginning stages and we just started writing for the next record.

"It's our third record and what a cool thing it is to make it to that point in your career.

"We're chasing the song dragon and we're chasing after whatever gets us excited at this point.

"I think we're starting to crack the code of what we have to do on this record."

She added: "We've been looking back at some of the classic third records, and oh my god, there's a little bit of pressure there. But as long as we keep focused on what we have to do, I think it'll be okay."

Lzzy told The Pulse Of Radio that while she enjoys writing songs on tour, they're often different from what the band does when it gets in the studio. "Definitely," she said. "When everything is kind of more consistently tour-focused and not, you know, writing-focused, I definitely write differently. I explore different subjects without being picky about anything. So as things develop in my life, in either my personal life or professional, it's nice to explore all those different subjects, you know, without the pressure of being in the studio."

"The Strange Case Of…" came out in April 2012 and spawned three hit singles, including the chart-topping "Love Bites (So Do I)" and "Here's To Us". 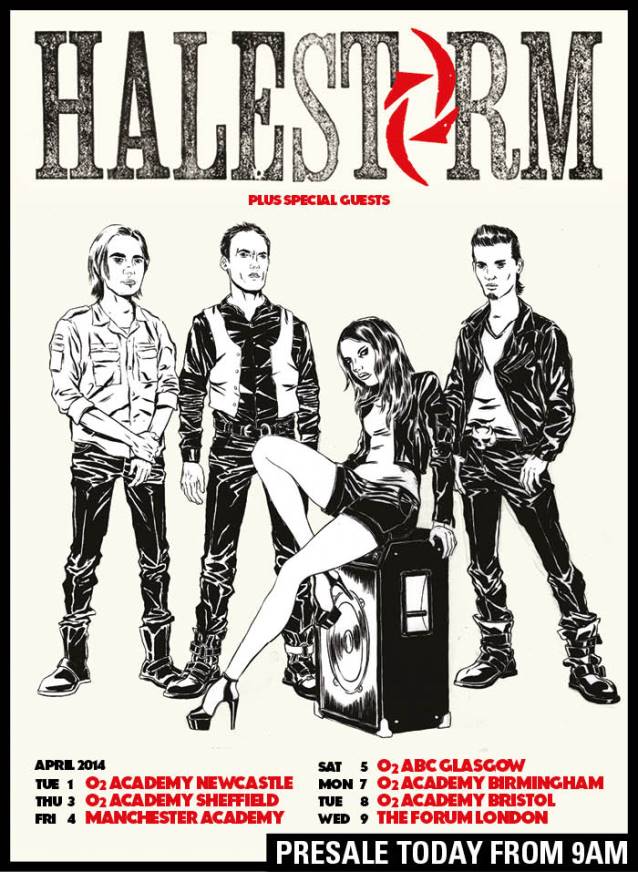