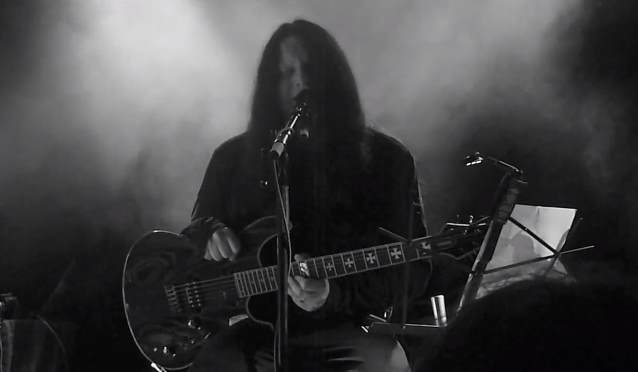 Sweden's masters of melancholy KATATONIA performed at P60 in Amstelveen, The Netherlands on May 9 as part of their "Unplugged & Reworked" tour. Fan-filmed video footage of the concert can be seen below.

The tour finds the revered doomsters adding another string to their sonic bow, presenting an intimate evening with the band each night performing tracks from last year's "Dethroned & Uncrowned" (itself an acoustic reworking of their "Dead End Kings" album),alongside atmospheric classics from their entire career, stripped down and reworked.

In announcing the tour last December, KATATONIA guitarist and founding member Anders Nyström commented: "Many people who appreciated how we 'dethroned' and 'uncrowned' [2012's] 'Dead End Kings' album have been hoping and even insisting the same would also be done to one or more of our older albums. Admittedly, not likely to happen many a moon ago, at least not with a studio album, we are excited to let you know that by bringing this show on the road the same possibility now opens up that door, with a live version. So expect to hear stripped and reworked songs from our entire career and have them come into equation by thriving on our atmospheric vision, the ambience of some highly unusual venues and last but not least with your presence and choir to set the mood for a soothing experience. We're already certain this will be the most different and remarkable thing we've ever done!"

Drummer Daniel Liljekvist last month announced his departure from KATATONIA. He explained in a statement: "It's got nothing to do with 'difference in views' or any other bullshit. I just cannot combine job, family and commit 100% to KATATONIA. Times for musicians are rough and I've decided to concentrate on my family and get a normal job that gets the bills paid."

KATATONIA recently parted ways with guitarist Per "Sodomizer" Eriksson due to "a difference in views on the band's current operative as well as last year's decision from Per to permanently live in Barcelona." 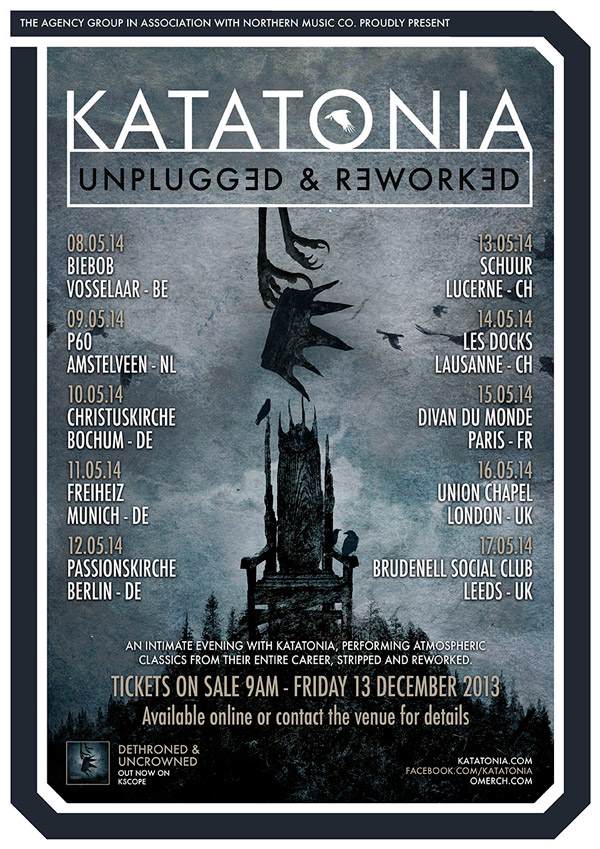