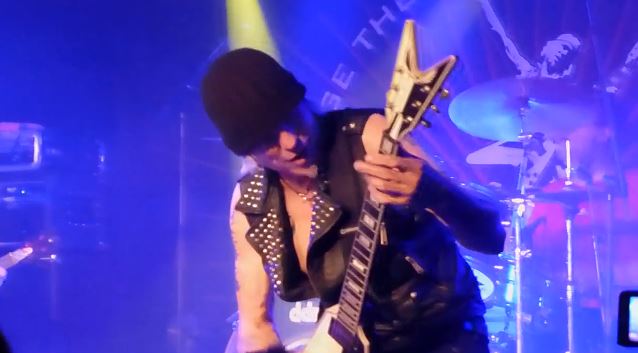 Fan-filmed video footage of MICHAEL SCHENKER'S TEMPLE OF ROCK, the band led by legendary German guitarist Michael Schenker (SCORPIONS, UFO),performing a brand new song, "Vigilante Man", on November 7 at Colos-Saal in Aschaffenburg, Germany can be seen below. The track will appear on MICHAEL SCHENKER'S TEMPLE OF ROCK's next studio album, titled "Spirit On A Mission", which is tentatively due in early 2015.

MICHAEL SCHENKER'S TEMPLE OF ROCK's setlist for the Aschaffenburg concert was as follows: