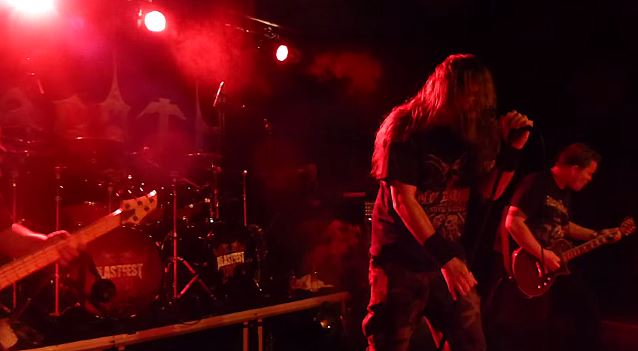 Fan-filmed video footage of German death metallers MORGOTH performing a new song, "Snakestate", on February 20 at Blastfest in Bergen, Norway can be seen below.

MORGOTH will release its new studio album, "Ungod", on March 30 in Europe and April 7 in North America via Century Media. The CD will contain 11 tracks of dark and dismal death metal, combining the untamed ferocity of MORGOTH’s infamous EPs with the atmospheric density of the band’s two legendary full-length efforts, "Cursed" and "Odium". 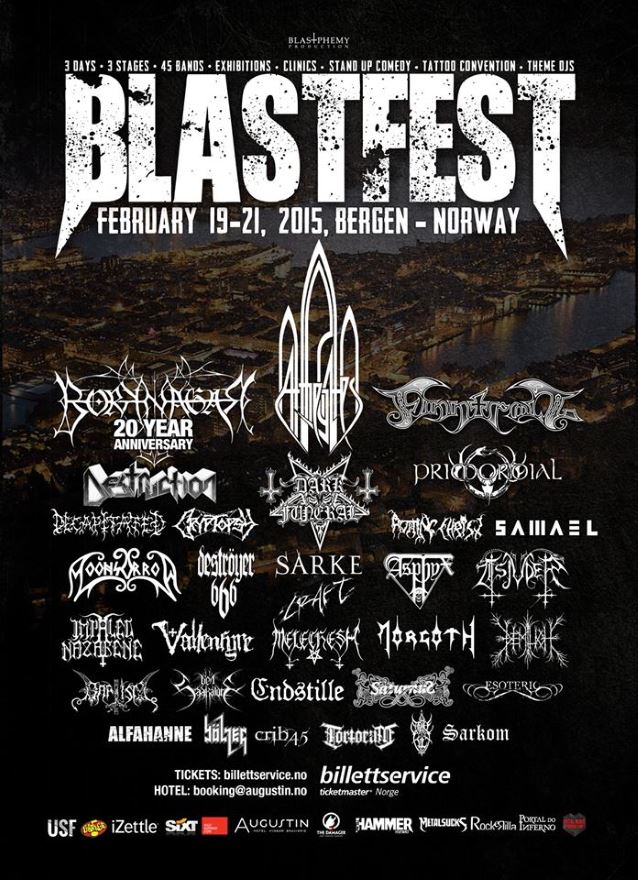