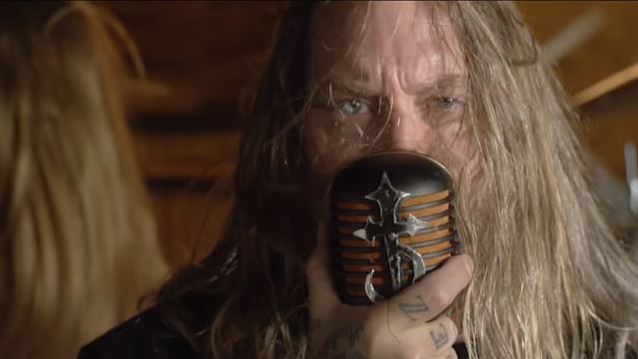 "My Night Sky", the new video from California's groove metal juggernauts DEVILDRIVER, can be seen below. The track is taken from the band's seventh studio album, "Trust No One", which was released on May 13 via Napalm Records. The follow-up to 2013's "Winter Kills" was once again produced by Mark Lewis (ARSIS, THE BLACK DAHLIA MURDER, WHITECHAPEL, DEVILDRIVER, DEICIDE, SIX FEET UNDER) with assistance from Jason Suecof (AUGUST BURNS RED, DEICIDE, DEATH ANGEL). The new CD marks the group's first release since the departures of guitarist Jeff Kendrick and drummer John Boecklin and addition of axeman Neal Tiemann and former CHIMAIRA sticksman Austin D'Amond.