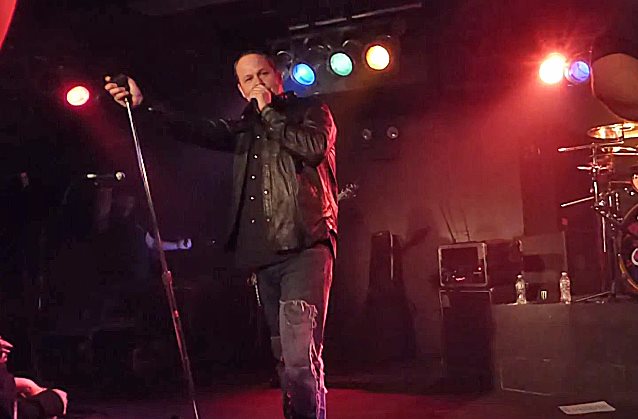 Fan-filmed video footage of Tim "Ripper" Owens (JUDAS PRIEST, ICED EARTH, YNGWIE MALMSTEEN) performing with his solo band on April 2 at Whiskey Tango in Philadelphia, Pennsylvania can be seen below.

Owens told NorthJersey.com in a new interview that he had no problem with being fired from JUDAS PRIEST when Rob Halford reunited with the band in 2003.

"I was fine with Rob coming back," Owens said. "It was a time when Rob needed JUDAS PRIEST and JUDAS PRIEST needed Rob. I'm still great friends with the guys. I love PRIEST and I love the recognition. I love playing music and singing and I do it more now than I ever have."

Owens added that he "got lucky" when he was plucked from a PRIEST tribute band in 1996 to front the legendary metal group.

"I tell people that all the time, that I got a lucky break," Owens said. "But I've also worked my butt off and controlled my career really well."

Owens's vocals bore an uncanny similarity to those of Halford, as was immediately evident on Tim's first album with PRIEST, 1997's powerful comeback "Jugulator".

"I'm fortunate that my voice is tailored to be able to sing Halford's material, but in my own way," Tim explained.

He continued: "You've gotta remember, JUDAS PRIEST always went with the times a little bit. Glenn [Tipton, guitar] started playing arpeggios. PANTERA was really big [at the time]. [On the] 'Painkiller' [tour], they toured with PANTERA; PANTERA opened for JUDAS PRIEST. 'Painkiller' was a heavy record, and this was a natural progression. The difference is I probably had a few more different layers to my voice that they could tap into — some deeper, death metal kind of undertones to do backups and some different types of voices that they might be able to try. But it was JUDAS PRIEST." 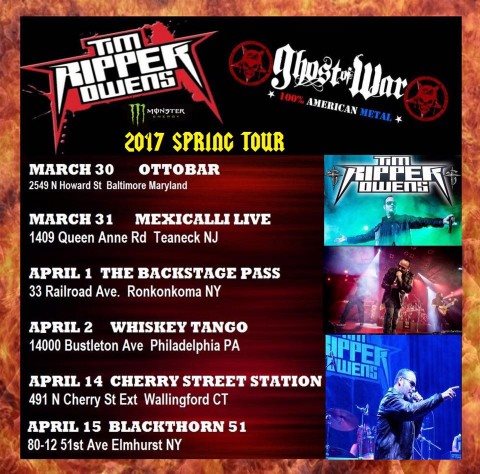