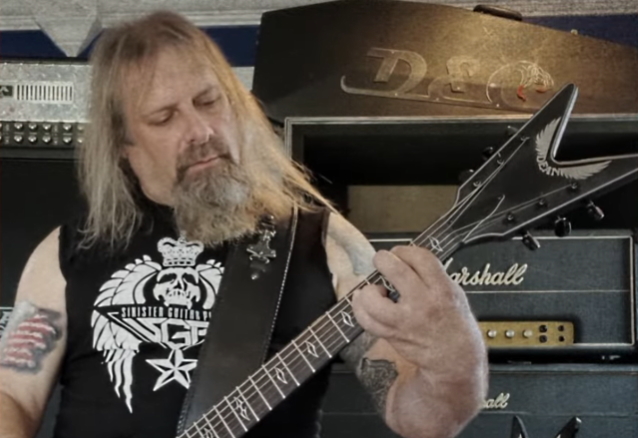 A former member of OVERKILL, Gustafson joined VIO-LENCE in January 2020 as the replacement for Ray Vegas.

Earlier today, VIO-LENCE released the following statement via social media: "VIO-LENCE and Bobby Gustafson have agreed to part ways effective immediately. The band cites 'logistical difficulties that weigh too heavy to function in a productive manner'. Remaining members all 'thank Bobby for his time in the band and all his VIO efforts. We wish him the very best."

VIO-LENCE played its first show with guitarist Ira Black in August at the Brutal Assault festival in Jaromer, Czech Republic.

Black, who grew up in the Bay Area and previously played with VICIOUS RUMORS, HEATHEN and METAL CHURCH, filled in for Demmel, who was on the road at the time with LAMB OF GOD as the temporary replacement for Willie Adler.

Although MACHINE HEAD frontman Robb Flynn was part of VIO-LENCE's classic incarnation and played on the band's debut album, "Eternal Nightmare", he wasn't approached about taking part in the band's reunion.

Less than two years ago, Demmel told the "Let There Be Talk" podcast that he didn't "have any desire or need to talk to [Flynn] ever again."