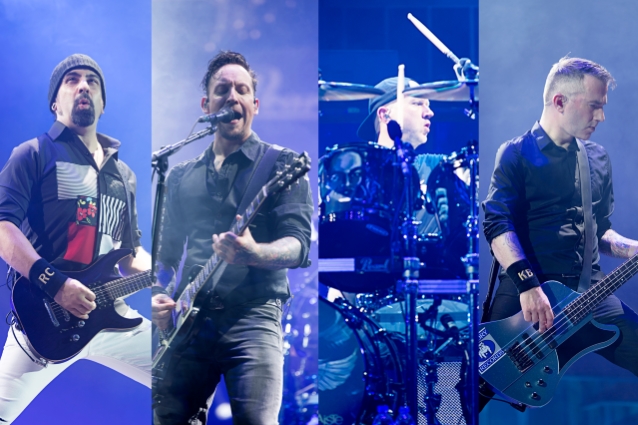 A performance clip of the song "The Devil's Bleeding Crown", taken from VOLBEAT's upcoming live album and concert film, "Let's Boogie! Live From Telia Parken", can be seen below.

On August 26, 2017, VOLBEAT became the first Danish band to headline and sell out its hometown venue, Denmark's Telia Parken, setting the record for the biggest show by a domestic artist in Denmark ever, with over 48,250 people in attendance. To commemorate and immortalize the record-breaking event, the band will release "Let's Boogie! Live From Telia Parken" on December 14 via Republic Records.

Lead singer Michael Poulsen said about the historic show: "Headlining Telia Parken was a dream come true, and we're humbled and honored that so many members of the VOLBEAT family came from far and wide to celebrate with us. We're thrilled to be able to share what was a milestone night for us with everyone."

The 26-track "Let's Boogie! Live From Telia Parken" includes live versions of VOLBEAT's chart-topping hits "Still Counting", "For Evigt", "The Devil's Bleeding Crown" and "A Warrior's Call", as well as a live performance of a new song, "The Everlasting". Special guests on the album (in order of appearance) include Mille Petrozza (KREATOR),Johan Olsen, Mark "Barney" Greenway (NAPALM DEATH),Lars Ulrich (METALLICA),boxer Mikkel Kessler and Danko Jones. The album and concert film will be available in the following configurations: Blu-ray/2CD, DVD/2CD, 2CD, 3LP vinyl and digitally.

Special guests (in order of appearance): 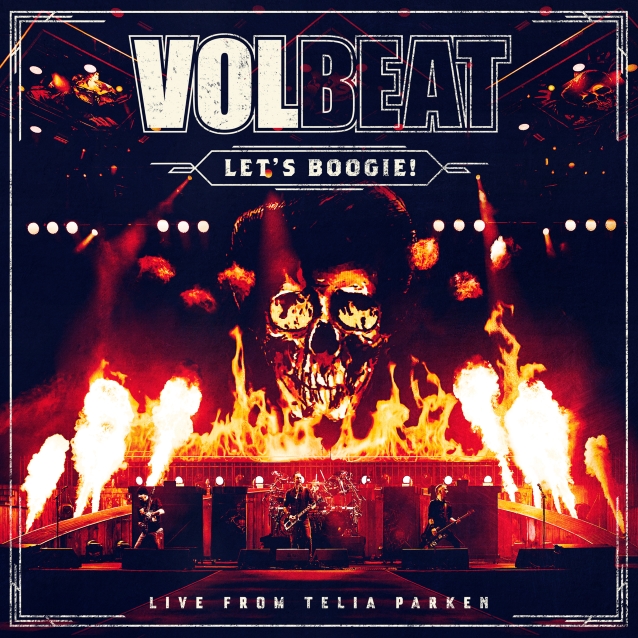