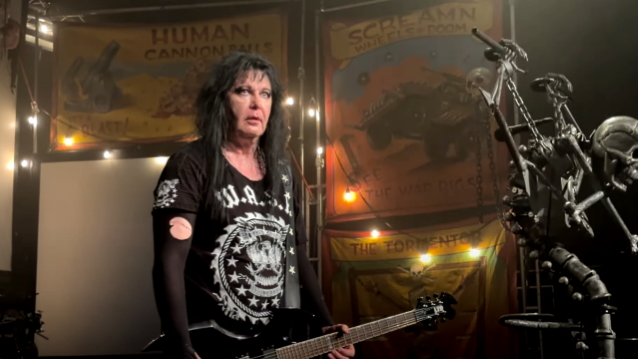 During a "VIP Experience" question-and-answer session before W.A.S.P.'s November 26 concert at The Plaza Live in Orlando, Florida, frontman Blackie Lawless was asked about complaints from some of the band's fans about the use of backing tracks during the group's live performances. "To answer your question, yes, we are using backing tracks," he responded (as transcribed by BLABBERMOUTH.NET). "You wanna know why?

"When we go into a studio — and let me clarify that statement; that's me singing — but when we go in a studio, we do choruses, we double, triple, quadruple the vocals," he continued. "So my feelings were when I listened to live YouTube [recordings of our shows] and we weren't doing that, it sounded thin. When we started supplementing it, it sounded better.

"If I'm a fan and I'm coming to a show, I want that thing to sound as good as it can. There are other bands — the QUEENs of the world — they cannot duplicate 24 vocals at one time. That's what they do on those records. If you want it to sound like those records, you've gotta have some help.

"Now, in defense, I guess maybe what you're asking, is it fair for a band to go out and use only those? No, that is not fair.

"We went out and we did 'The Crimson Idol' the first time without orchestration. It was okay. It sounded all right. It was kind of like THE WHO doing 'Live At Leeds', what they did with 'Tommy'.

"When we did the 20th anniversary of the tour, we took the orchestration with us and we went into production rehearsals," Lawless added. "And I had never heard it like that before, because the only time I ever heard it with orchestration was the albums. And I went in there and I stood in the middle of that room and I heard that orchestration with the live band, and it made the hair stand on the back of neck. And I [went], 'Good God. I've never heard this like this before.' To me, that was a treat. And I don't give a shit what anybody says; if I'm a fan, that's what I wanna hear.

"So, again, if somebody's trying to bullshit an audience, no, I don't go along with that at all. You're out there to do a job; do your job. But to supplement it? Absolutely not. I'd wanna hear it."

W.A.S.P. has been criticized for the group's supposed use of backing tracks, including for Blackie's lead vocals, for at least several years, as Metal Sludge pointed out in 2019 after Lawless and his bandmates performed at the Helgeåfestivalen in Sweden. 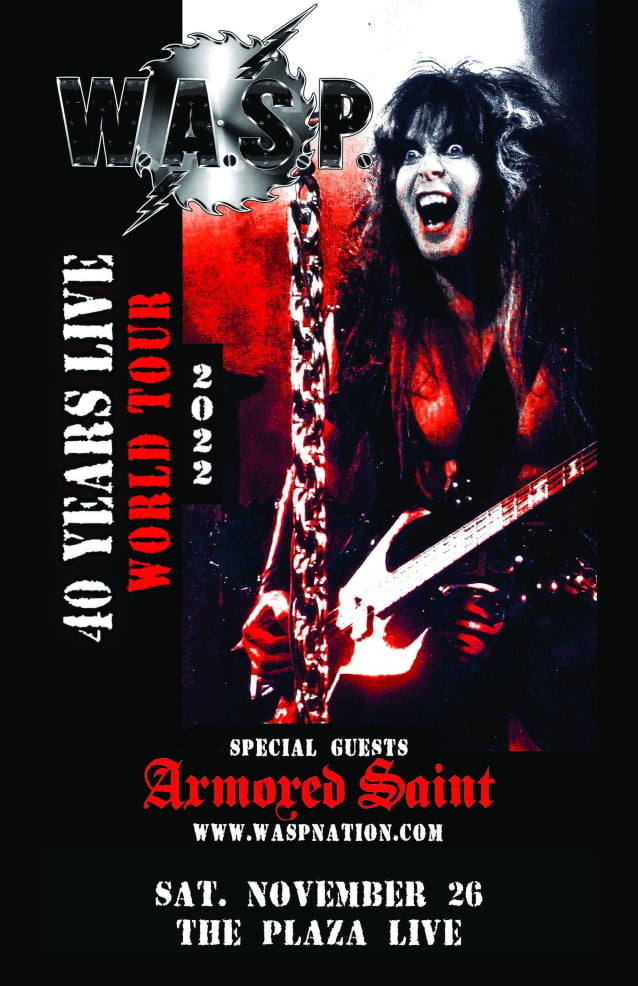