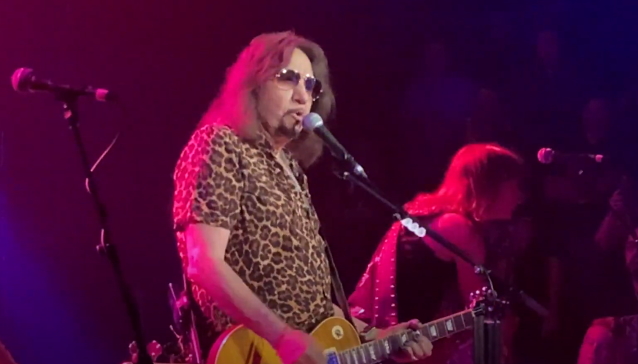 Fan-filmed video of Ace Frehley's August 13 performance at Bear's Den in Niagara Falls, New York can be seen below.

Ace's setlist was as follows, according to Setlist.fm:

Two months ago, Frehley canceled all of his previously announced summer 2022 European festival appearances, including the Czech Republic's Masters Of Rock and United Kingdom's Steelhouse Festival, "due to unforeseen circumstances."