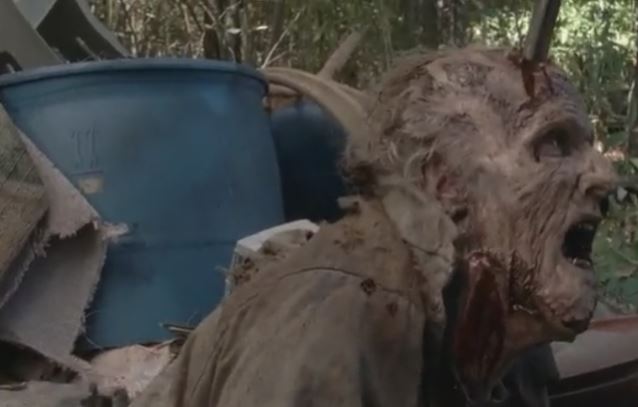 A few months ago, ANTHRAX guitarist Scott Ian was lucky enough to film an episode of AMC's zombie apocalypse drama "The Walking Dead" as a flesh-eating walker, and that episode finally aired this past Sunday, March 1. Ian's gruesome-looking walker was only on screen briefly before one of the main characters, Carl Grimes, impaled him with a metal pole, ensuring that the hungry-for-flesh rocker no longer poses a threat to society. Watch Ian's appearance on the show below.

Speaking about "The Walking Dead" cast and crew, Ian told Radio.com: "I think a lot of them are into rock/metal. I can't say if they were excited to meet me. They did seem happy that I was there, and that I am a fan of what they are doing. Everyone was really cool on set and they treated me great. And yes, there was music on in the trailer, but they are always talking about the makeup they are applying, communicating with the set via radio, there are hair-dryers making noise, so the music was just background noise."

He added: "'The Walking Dead' is addicting because the writing is great. The actors and directors and FX guys are all great as well, but it's the story first and foremost. I don't compare any of them. I just enjoy them all." 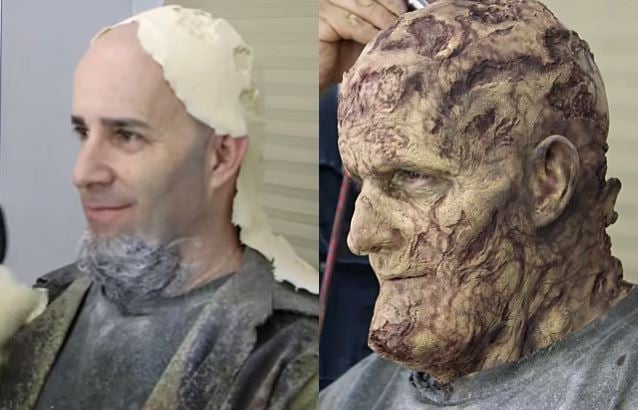