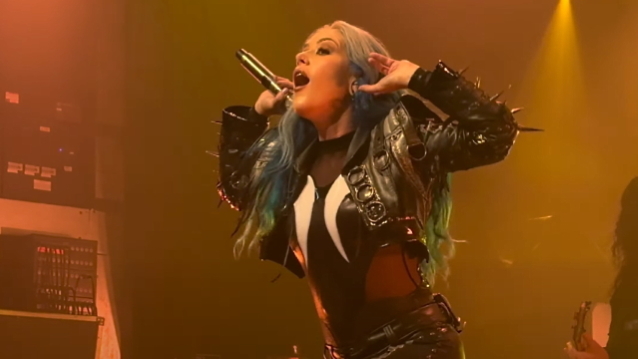 ARCH ENEMY guitarist Michael Amott recently spoke to Australia's Loud magazine about his band's decision to once again incorporate clean vocals on an album. The track "Handshake With Hell" from "Deceivers" marks Alissa White-Gluz's first foray into the clean-vocal territory on an ARCH ENEMY LP since "Reason To Believe" from 2017's "Will To Power".

"We all knew when [Alissa] joined the band in 2014, she came with an entire new toolbox of things that she could do vocally," Michael said. "That opened up a lot of doors for me as a songwriter. I can think about maybe replacing a guitar melody with a vocal melody instead, or having her carry the melody here. I've always done all the melodies on the guitar. And it's still very guitar-based, there's so many melodies going on.

"Maybe some of her most diehard fans probably think that I am, or we are, holding her back, and she's just dying to sing more clean on the albums. But that's not actually the case," he explained. "She loves to scream and do the extreme vocals, and that is, of course, the ARCH ENEMY signature sound, with my melodic guitar work and an extreme voice. Now I think moving forward, I'm pretty sure we'll do more things like that. But as long as the melodies and the approach is right, and whatever feels right, whatever fits. We don't want to try to force it.

"There are a lot of bands that do the screaming and the clean vocal; they go back and forth. A lot of it I'm not a fan of at all — most of it, I would say, because I don't feel like the melodies usually are metal; they sound more like a little boy singing in the chorus. It just doesn't fit. It's more like a pop sensibility to it, which is just not my taste at all, and it's not what we want to do. As long as it's metal, I'm all for it. And I love clean vocals — some of my favorite vocalists are who you would call 'clean vocalists', like Rob Halford [JUDAS PRIEST], people like that, Ronnie James Dio [BLACK SABBATH, RAINBOW, DIO]. And I put David Vincent [MORBID ANGEL] or these kinds of death metal singers up there as well. So we love both styles."

In a 2017 interview with Revolver conducted shortly after the release of "Will To Power", Alissa said that some ARCH ENEMY fans were "really surprised" to hear her sing "different ways. But I've been doing that since high school and in my other bands, [such as THE AGONIST], so that's nothing new to me," she explained. "In the ARCH ENEMY world, it seems like there were only a few people who knew that. When I posted the video I did with KAMELOT for 'Liar, Liar', a lot of people were, like, 'Um, what is going on?' And I was like, 'Wait, you don't know about this? [Laughs] From that point on, a lot of people were like, 'Wow, we want to hear clean singing in ARCH ENEMY, too. And actually, Michael had been dying to write sort of like an extreme-metal ballad. So ['Reason To Believe'] was perfect." 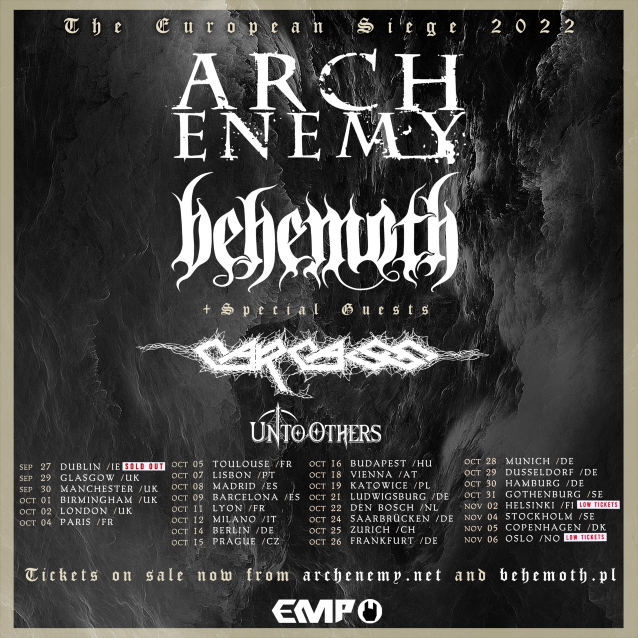