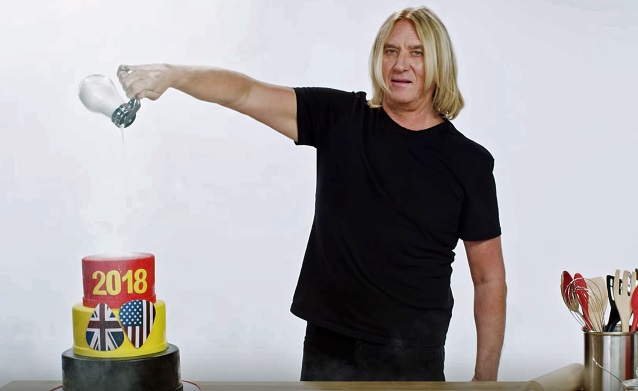 DEF LEPPARD has released a video in which singer Joe Elliott can be seen pouring sugar on various items, including a small chocolate cupcake, a burger, a single red rose, a toy guitar, a portable stereo, the "Hysteria" album, a toy dog and ballerina.

The clip, which can be seen below, was made available as part of promotional activities for DEF LEPPARD's joint North American tour with JOURNEY.

DEF LEPPARD's 1988 hit, "Pour Some Sugar On Me", peaked at No. 2 on Billboard's Top 100 singles chart and started an explosion of over a million copies of the "Hysteria" album to be shipped in a single day.