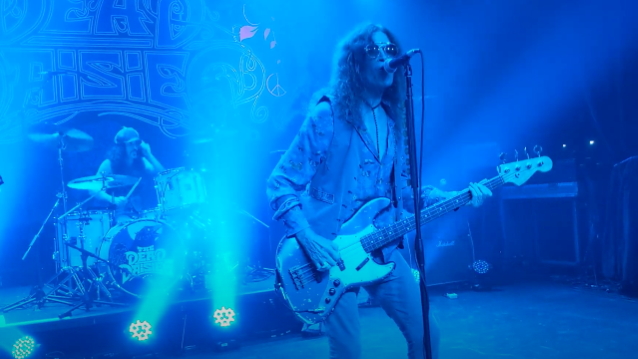 THE DEAD DAISIES' current lineup made its live debut last night (Wednesday, June 23) at Boca Black Box in Boca Raton, Florida. Fan-filmed video footage of the concert can be seen below.

In an interview with "The Blairing Out With Eric Blair Show", Hughes spoke about how he came to be involved with THE DEAD DAISIES. He said: "They wanted someone in, and they were asking me [in early 2019] if I would be interested in doing this. And I've been doing the 'Glenn Hughes Performs Classic Deep Purple' [shows] for a couple of years, and I thought it would be appropriate for me to take a break from that and do something other than [that]. And I got together with the guys and we had a play. I've known Doug a long time. And it just fell together beautifully. It's a beautiful piece of music."

Hughes told "That Jamieson Show" about the lyrical themes covered on "Holy Ground": "Since I've been clean and sober now almost 30 years, I think in PURPLE, in the '80s and '70s, I wrote about fiction. Then, when I got sober, the more time I have under my belt, and the years I have under my belt, I'm really, really honing in on life — what happens between life and death: fear, no fear, love, faith, hate, giving. And THE DEAD DAISIES album is one story after another.

THE DEAD DAISIES will embark on a full U.S. tour in the late summer/early fall. Support on the "Like No Other" trek will come from the "rock and roll comedian" Don Jamieson.

The DEAD DAISIES arrived and conquered the 1st city of their 2021 U.S. concert tour ! Very cool intimate venue too !

I first met this band on a KISS cruise and continued to watch them perform on the cruises each year. I hadn't seen them in 2.5 years so when I heard they would be touring this year, I was very excited and immediately bought my tickets !

The DEAD DAISIES have continued to be my favorite band !

"Midnight Moses" by the DEAD DAISIES including a killer drum solo by Tommy Clufetos !

What an epic concert tonight !

Thanks for sharing your talents with all of us, guys ! Killer concert !

The Dead Daisies in concert 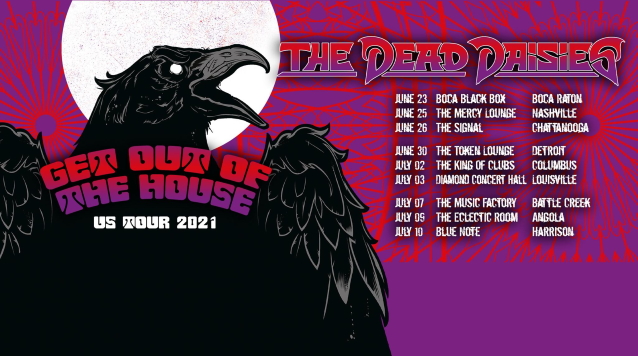