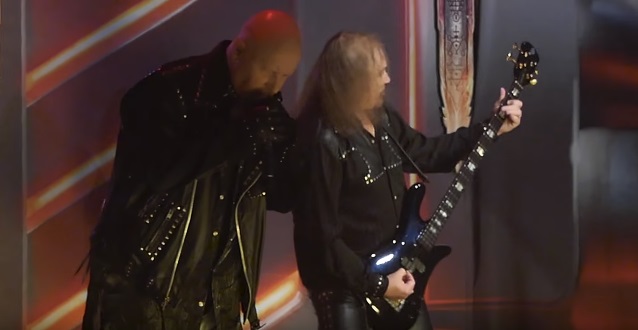 JUDAS PRIEST performed its classic song "Tyrant" live for the first time since 1983 this past Tuesday, May 1 in San Antonio, Texas. The concert marked the final show of the band's spring 2018 "Firepower" North American tour.

Notably, only singer Rob Halford and bassist Ian Hill remain in PRIEST's current touring incarnation from the lineup that recorded the studio version of "Tyrant" back in late 1975. The track is featured on PRIEST's classic second album, "Sad Wings Of Destiny", which is considered the LP on which the band consolidated its sound and image. It is the only PRIEST album to feature drummer Alan Moore.