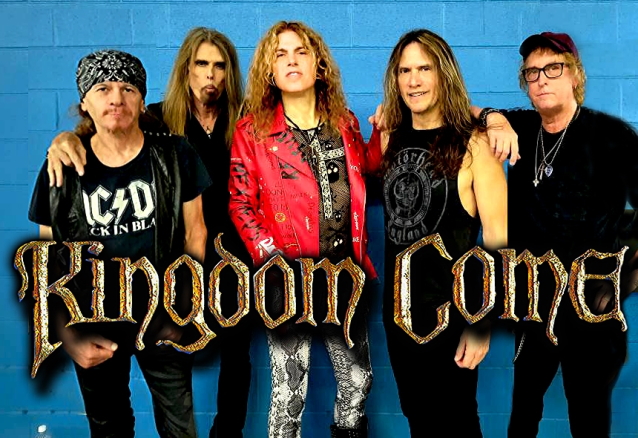 KINGDOM COME played its first two shows with drummer Blas Elias (SLAUGHTER) on Friday, September 23 at Legacy Hall in Plano, Texas and on Saturday, September 24 at the Tierra Segrada Rockfest at Tech Port Arena in San Antonio, Texas. Fan-filmed video of both concerts can be seen below.

KINGDOM COME recruited Elias
to play drums for the band while James Kottak is "recovering and getting his health together."

KINGDOM COME singer Keith St. John, who joined the band in 2018 as the replacement for original frontman Lenny Wolf, announced Blas's addition to KINGDOM COME's touring lineup in a statement to Metal Sludge. He wrote: "Taking over the drum seat in KINGDOM COME for the time being while James is recovering and getting his health together will be my 'Raiding The Rock Vault' and BURNING RAIN brother…(drum roll please)… Blas Elias!

"Blas has been so kind to step in and fill in for James. At this point, we don’t know how long it might be, but thankfully Blas has an amazing feel for this music and is absolutely killing on it! It's also fair to say that James has always mentioned that Blas is one of his favorite drummers."

Last month, Kottak announced that he wouldn't play with his KINGDOM COME bandmates at their concerts in Texas. In the early hours of August 21, James took to his Twitter to write: "I will not be at the Kingdom Come Plano or San Antonio shows so don't waste your time thanks jams k [sic]".

The Plano show took place on September 23 at Legacy Hall, with JACK RUSSELL'S GREAT WHITE and BULLETBOYS also on the bill.

Three months ago, Kottak denied that alcohol played a role in KINGDOM COME's disastrous performance at a Swedish festival.

The band's June 10 appearance at Sweden Rock Festival was described by the popular Swedish site Rocknytt as the event's "biggest fuckup." Writer Peter Johansson criticized the band for the inclusion of "several lengthy, uninspired, uninteresting and completely meaningless solos on both guitar and bass", saying that the musicians "completely massacred" one of their most popular songs, "Do You Like It". He also singled out Kottak, writing that the drummer played "really badly, sluggishly" and at times failed to keep the tempo "worryingly throughout the concert". At the end of the show, Kottak "stumbled to the edge of the stage to bow with his bandmates," according to Rocknytt.

Kottak publicly discussed KINGDOM COME's performance at Sweden Rock for the first time in an interview with "This That & The Other With Troy Patrick Farrell" conducted just days after the concert. Regarding what caused the show to fall short of expectations, James said: "I wanna say about eight or nine days ago, maybe 10 days ago, in the middle of the night, like four o'clock in the morning, I was in a dead sleep and I just rolled off the bed and I cracked three ribs on my left side. And I went to my chiropractor guy and he says, 'Oh, you have hairline fractures.' And I'm, like, 'Oh, great.' And dude, it's just been non-stop pain. It's not just my ribs; it's head to toe. That's why things were a little bit slower. 'Cause I took ibuprofen and the usual, Aleve or whatever, but, man, it was an uphill battle from the time we started. And it was just — I mean, not pain; I'm talking pain-pain, big-time stuff. That's no excuse, because the show must go on. But, yeah, I was a little slower than usual. But also we [usually] have a click track, of course, 'cause we might have a little bit of playback. Something was up with that, so we were flying solo… And [when] you don't have it, you go, 'Oh-oh. Okay. We'll do this.' It was just an off day, and there's nothing you can do about it."

According to James, there was "definitely no drinking" involved prior to the KINGDOM COME mishap at Sweden Rock. "Because that with the medication, it doesn't go good together," he explained. "And it was just an off day, man. I did everything to [make it better] — tons of tea, this and that, and all the usual things that I do — but, man, it was just too soon after falling that we went to play this gig. But it's Sweden Rock, and you don't wanna bail out on that."

Asked if alcohol contributed to him falling out of bed prior to the Sweden Rock performance, Kottak said: "I always sleep on the left side of the bed, and I just somehow, in my sleep, rolled off the bed and landed on my left side. I mean, that's really it. I wasn't drinking — nothing like that. Yeah, I have a few white wines here and there, but nothing like that. I just rolled off the bed. And that's the first time in my life that's ever happened where I actually fell off. I woke up and saw stars. It took me 15 minutes to get off the floor. These things happen sometimes, and there's nothing you can do. With SCORPIONS, going up my riser to get to my drums, there were, like, 14 steps, and I fell down those stairs at least five times, if not six times. Because I was like a dummy — I was always spitting this water. And I'd finish a song and I'd come down not thinking, and, just, 'Whoop', right on my ass."

James also denied that his battle with alcoholism was the primary reason he was fired from the SCORPIONS in 2016. He has since been replaced by former MOTÖRHEAD drummer Mikkey Dee.

"I hate to say it, but Blabbermouth's kind of been the worst James basher," Kottak said. "They always say — any article about SCORPIONS, they say, 'Yeah, ever since James Kottak was released for alcohol abuse.' So I e-mailed them one day and said, 'Man, stop saying that.' We parted ways. It wasn't just from alcohol, dude. We went through five years of negotiations, 'cause the manager and tour manager both died within six months of each other. Then the band decided to self-manage, which is cool. But I'll tell you what, man — that's when it was a super-bumpy road and we were just not on the same page anymore. And that happens with bands." 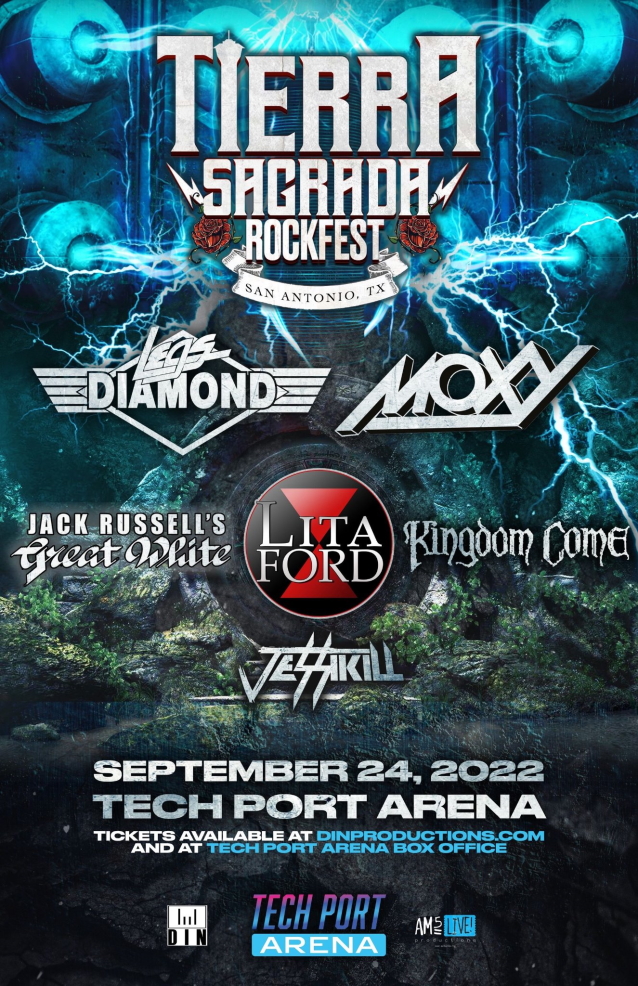