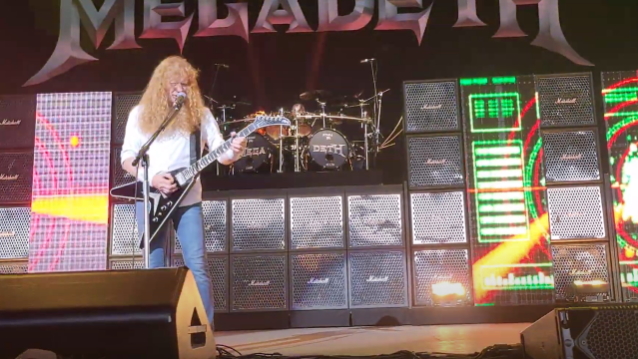 MEGADETH played the second show of its summer/fall 2022 U.S. tour as the support act for FIVE FINGER DEATH PUNCH Saturday night (August 20) at White River Amphitheatre in Auburn, Washington. Fan-filmed video of the concert can be seen below (courtesy of Christopher Krubsack).

MEGADETH's tour with FIVE FINGER DEATH PUNCH, which features additional support from THE HU and FIRE FROM THE GODS, will conclude on October 15 in Salt Lake City, Utah. 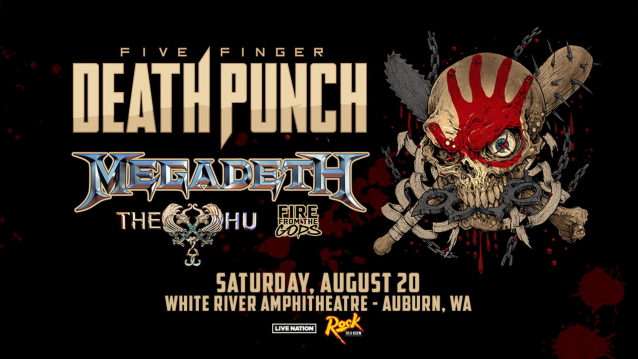