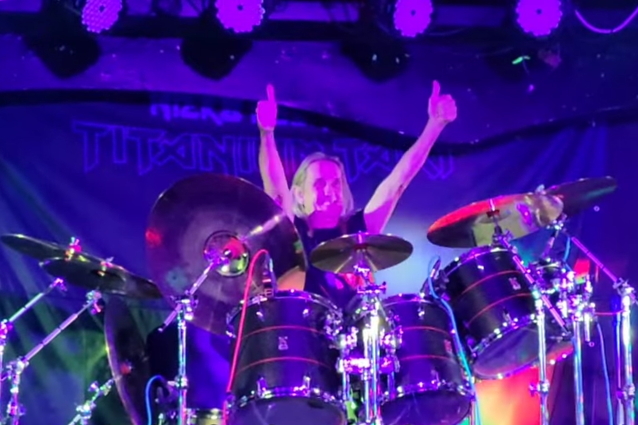 This past week, Nicko McBrain embarked on a short tour of Florida where he is performing classic songs from IRON MAIDEN with his TITANIUM TART project. Fan-filmed video of the tour's kickoff, which took place on Thursday, March 31 at the Brass Mug in Tampa, Florida, can be seen below.

Joining Nicko in TITANIUM TART are Rob Stokes on bass, Eldad Kira on keyboards, Mike Rivera and Mitch Tanne on guitar, and Paolo Velazquez on vocals. 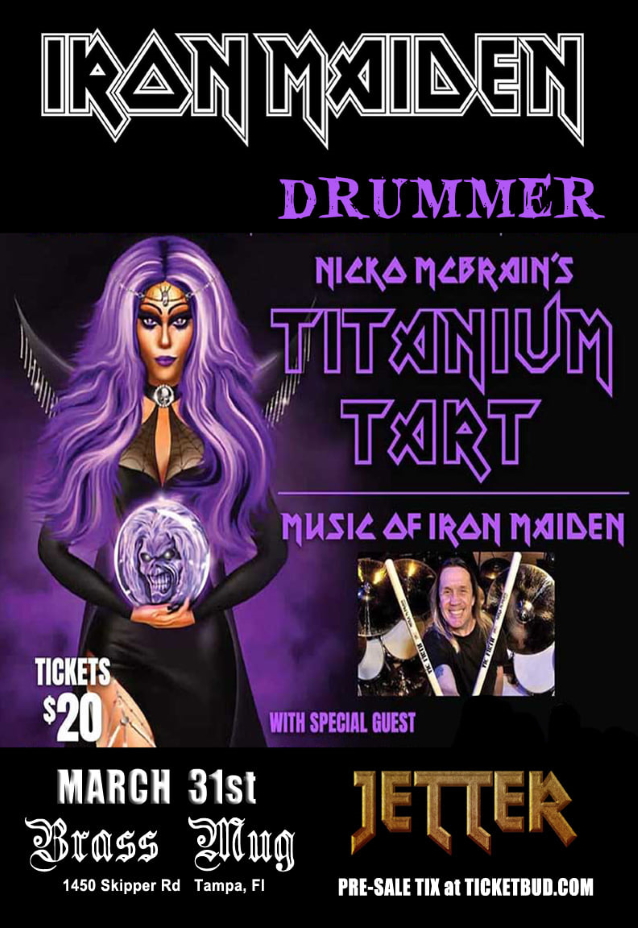 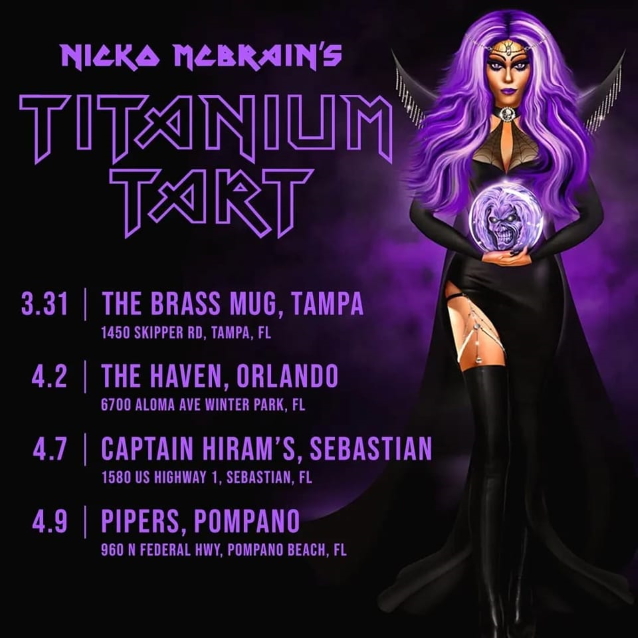