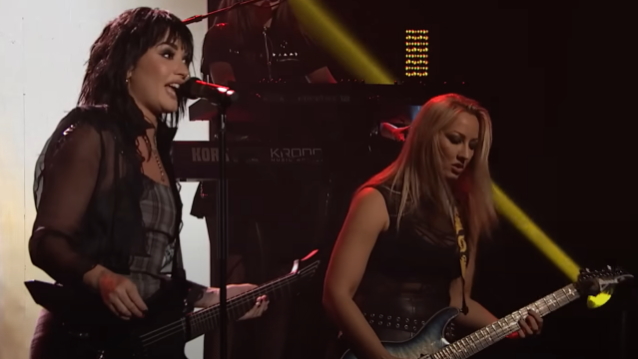 Demi will make the TV performance debut of her latest single, "29" on "The Tonight Show Starring Jimmy Fallon" tomorrow night (August 18). The performance is part of Demi's three-night takeover on the show, which will include an appearance as co-host tonight (August 17),taking part in the monologue and guest interviews. Demi will then stop by "Good Morning America" for the Summer Concert Series in Central Park this Friday, August 19.

Produced by Live Nation, the 32-date tour kicked off this past Saturday at the Illinois State Fair. The tour will continue to South America with stops in Belo Horizonte, Bogotá, and more before hitting North America on Thursday, September 22 in Wheatland, California at the Hard Rock Live Sacramento. The North American leg includes stops in New York, Los Angeles, Montreal, Nashville and more before wrapping up in Irving, Texas at The Pavilion at Toyota Music Factory on Sunday, November 6. ROYAL & THE SERPENT and DEAD SARA will serve as special guests on select North American dates.

Had a wonderful time on @FallonTonight alongside birthday badass @ddlovato and the awesome band!

Tune in again tonight and tomorrow as Demi co-hosts, there is lots more to come before the tour officially kicks off at the end of the month in Brazil! pic.twitter.com/j4yfkMciKF