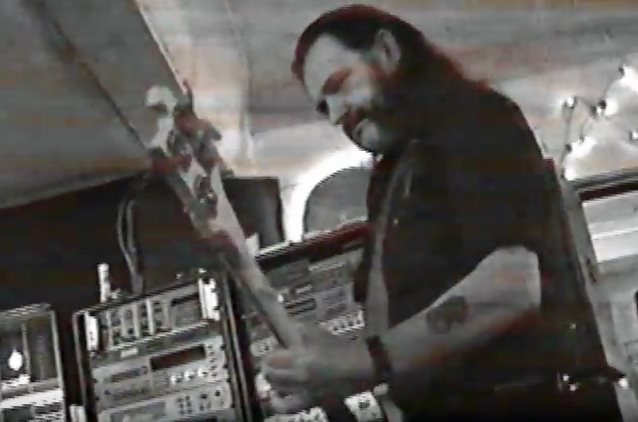 Commented SKEW SISKIN: "Lemmy spent a zillion hours in our studio over the years. Lots of stories, many musical ideas, jokes etc.

"[This clip was] recorded with a cheap video camera — poor quality — [but] it doesn't matter. Simply great memories."

Lemmy had collaborated with SKEW SISKIN on several occasions, including on two songs which were slated to appear on his debut solo album. Those two tracks — reportedly titled "Stand Upon The Mountain" and "Don't Matter To Me" — were being produced by SKEW SISKIN guitarist Jim Voxx.

Lemmy, who celebrated his 70th birthday on December 24, 2015, learned two days later that he was afflicted with an aggressive form of cancer. He died on December 28, 2015, at his home in Los Angeles.