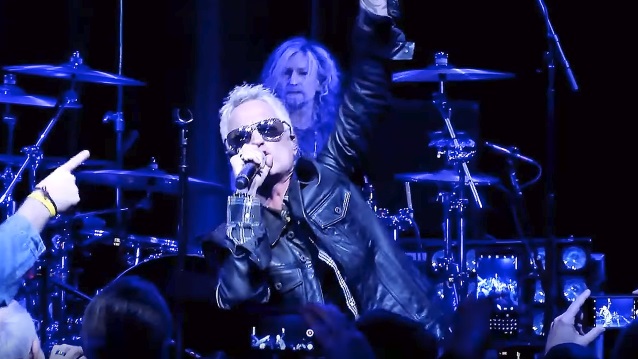 STONE TEMPLE PILOTS, BUSH and THE CULT shared the stage for the first time together last night (Tuesday, April 3) at NeueHouse in Hollywood, California to celebrate the news of the upcoming "The Revolution 3 Tour". The exclusive event, which was livestreamed on Facebook (see below),featured intimate performances from all three bands.

The summer "tri-headlining" "Revolution 3 Tour" begins on July 18 in Nashville and will hit an additional 19 cities over six weeks before concluding in Phoenix, Arizona on September 2. Each group will perform a full set in a different order each night.

STP bassist Robert DeLeo said: "We are thrilled to join our friends this summer to celebrate our music with all of you," while BUSH frontman Gavin Rossdale remarked: "We are looking forward to see everybody in the summer. This is a great tour for rock fans." THE CULT singer Ian Astbury added: "We look forward to celebrating glorious summer nights of responsible (and irresponsible) hedonism with all of you."

STP will be out in support of their self-titled new album, which marks the recording debut of new vocalist Jeff Gutt. Guitarist Dean DeLeo told The Pulse Of Radio that Gutt is raring to go on the road. "You know, Jeff's 41 years old and he's in great shape and he said to me, 'I'll do 300 shows a year, man,'" he said. "I'm like, well, I don't know about 300, but you know, this is just me speaking, I would like to do about 70, 80 shows a year. I would really like that."

Tickets go on on sale on April 6 via Live Nation.

Tickets for the REVOLUTION 3 tour on-sale this Friday! http://livemu.sc/TheRevolution3Tour 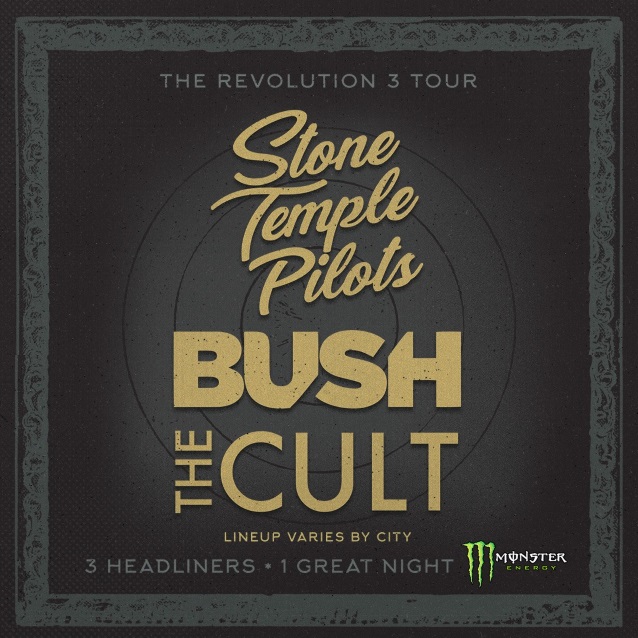