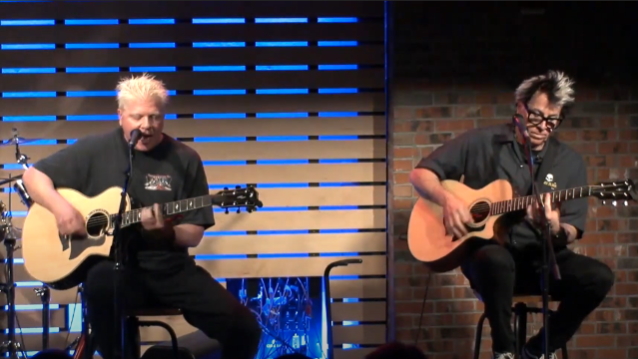 On Saturday (May 21),THE OFFSPRING, ahead of the band's show at Byline Bank Aragon Ballroom, stopped by The Lounge at Chicago's Q101 radio station for an intimate acoustic performance. Video of the group's appearance can be seen below.

THE OFFSPRING is currently on tour in support of its most recent album, "Let The Bad Times Roll". Stops along the U.S. portion of the trek include Baltimore, Atlanta, New York City, Boston, Detroit, Chicago, and Milwaukee. The band has also confirmed appearances at summer festivals throughout Europe, Japan, and Brazil.