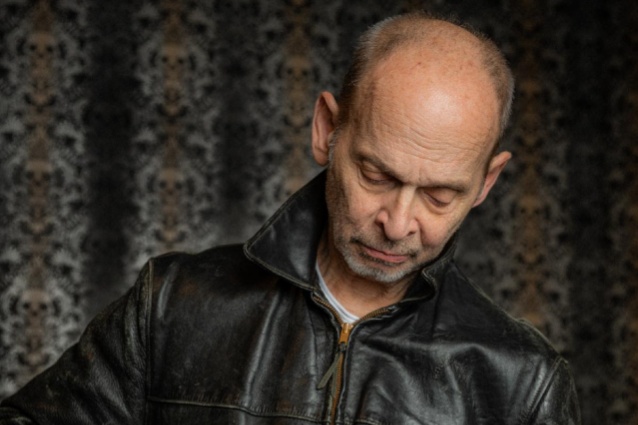 On the heels of the MC5's nomination to the Rock And Roll Hall Of Fame, legendary Detroit proto-punk/activist/hard-rock innovator Wayne Kramer has released two new songs and announced "The Heavy Lifting" tour in May — all as a reanimation of his pioneering group dubbed WE ARE ALL MC5. The tour begins with a special hometown show, celebrating the birthday of Detroit's El Club. The show serves as a return of sorts to his formative years; Kramer's memories of that neighborhood were chronicled all too well in his acclaimed 2018 memoir "The Hard Stuff". After Detroit, the tour will hit major markets on the East Coast (Pittsburgh, Philadelphia, Brooklyn) and West Coast (Sacramento, San Francisco, Los Angeles, San Diego). Joining the pioneering guitarist in the touring band will be singer Brad Brooks, drummer Stephen Perkins (JANE'S ADDICTION),bassist Vicki Randle (Mavis Staples),and guitarist Stevie Salas (David Bowie). Tickets go on sale on Friday, March 11.

Kramer states: "Nonstop touring, especially the last decade, I've come to understand that the music of the MC5 is as necessary as ever. It's definitely high time to write and record new songs and to carry a message of uncompromising hard rock to fans around the world."

The fiery guitar-dueling anthem "Heavy Lifting" is the A-side featuring Tom Morello, Don Was, Abe Laboriel Jr., with lead vocals by Brooks, and was co-written by Kramer, Morello, and Brooks. The B-side, "Edge Of The Switchblade", reimagines Kramer's tribute to the MC5's formative years, first heard on his acclaimed 1995 Epitaph solo album "The Hard Stuff", in a new recording with Laboriel, Was, and special guest William Duvall from ALICE IN CHAINS sharing lead vocal duties with Kramer. Together, the songs serve as bookends to illustrate where Kramer comes from ("Edge Of The Switchblade") and where his creative vision for the MC5 is today ("Heavy Lifting"). A preview of "Heavy Lifting" is now available below,

Says Kramer: "We've just barely survived four catastrophic years of a failed presidency and a devastating pandemic. Brad and I started writing new music with the express purpose of pushing back against the cruelty of it all. It had become so polarized and depressing that bringing in other writers was like a hope injection. Tom Morello, Jill Sobule, Tim McIlrath, Kesha, and Alejandro Escovedo helped me expand the work using the most powerful weapon in existence: our creativity. Of course, Dennis 'Machine Gun' Thompson is playing strong now and driving the beat on two songs, so I'm thrilled about that, too. Bob Ezrin produces because he is not only the titan of rock but also the most natural choice to deliver this music to fans in search of songs that capture an ultra-amplified soul. The results are earth-shaking rock and roll."

Adds Ezrin: "Aside from being a dear friend and a personal hero of mine, Wayne Kramer is a rock and roll treasure because he is keeping the spirit of the MC5 and Detroit's unique and hugely important blend of punk and funk alive and well in all that he does, I'm excited and honored to be working on this project with him and the supremely talented group of lunatics we have assembled for it. We are all MC5!"

The MC5's sonic thunder continues to reverberate a half-century after they first stormed the rock world with 1969's "Kick Out The Jams", the galvanizing live document that introduced a major voice of late '60s counterculture and proved incomparably influential on metal, punk, stoner rock and almost every other form of loud, boundary pushing music that would follow. The original MC5 lineup recorded two more albums before imploding: 1970's "Back In The USA", produced by rock critic (and future Bruce Springsteen manager) Jon Landau, and their 1971 creative zenith, "High Time". The last days of 1972 also marked the final performance of the original MC5 lineup, thereby ending a turbulent existence marked by their anti-establishment political stance, mainstream radio banishment, FBI harassment, and lots of uncompromising, unequaled rock-and-roll fury.

Iggy Pop has said the MC5 belong in the Rock Hall "for their contributions to American music and its politics… They were hugely charismatic and influential. Their beliefs and approach had to do with things much larger than music and these things are coming to light more and more today on the world revolutionary stage. There is no band that I know of as dangerous as the MC5." 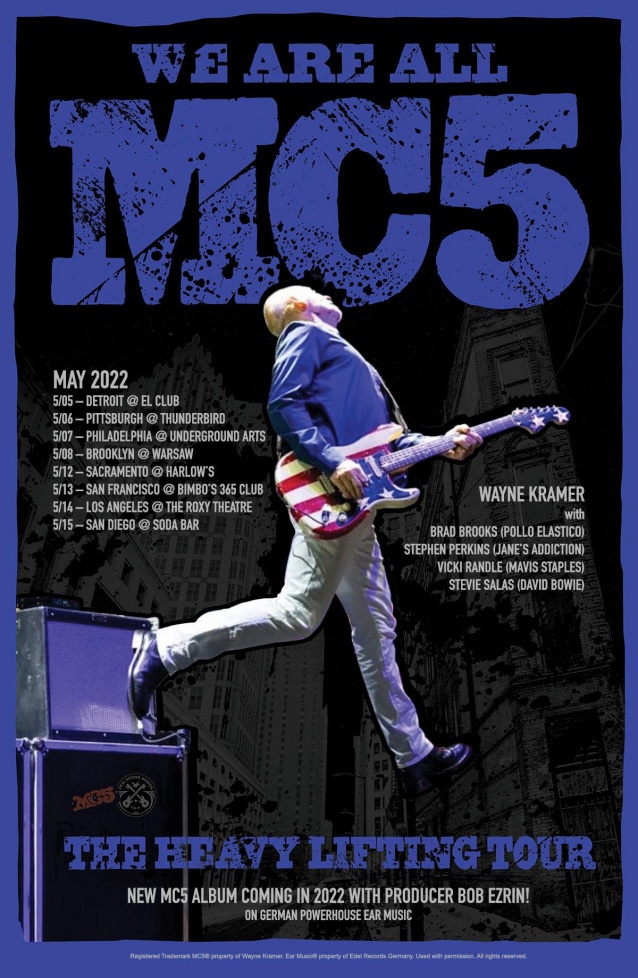