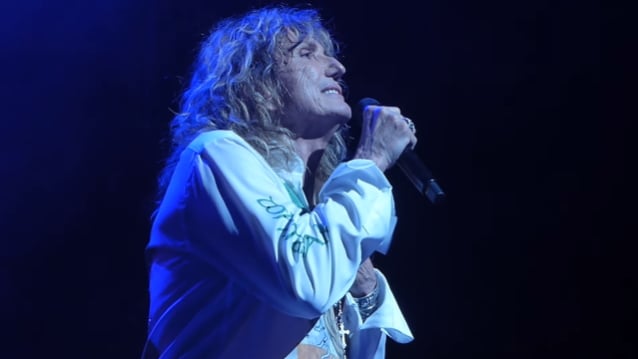 WHITESNAKE has pulled out of its previously announced North American tour with the SCORPIONS due to singer David Coverdale's "continued treatment for a persistent upper respiratory infection."

SCORPIONS will still play all the shows on the trek, featuring support from the Swedish THUNDERMOTHER, beginning on August 21 in Toronto, Ontario, Canada and ending on October 21 in Las Vegas, Nevada.

Earlier today (Friday, August 5), Coverdale released the following statement: "It is with profound disappointment and a heavy heart that I must announce that WHITESNAKE will no longer be able to join the SCORPIONS on their US and Canadian tour due to my continued treatment for a persistent upper respiratory infection that affects my ability to perform. This includes the cancellation of our own headlining shows as well.

SCORPIONS issued a separate statement confirming WHITESNAKE's cancelation. They wrote: "We wanted to let you know that WHITESNAKE will no longer be joining us on our U.S. and Canadian Rock Believer tour.

"Nothing is more important than our fans and it was important to us that we keep the shows as scheduled.

"We wish WHITESNAKE all the best and look very much forward to seeing you and rocking with you all on tour along with THUNDERMOTHER."

On June 28, WHITESNAKE scrapped three shows on its spring/summer European tour due to Coverdale's infection of the sinus and trachea. Three days later, the rest of the trek was also called off. At the time, David blamed the decision on "continuing health challenges, doctor's orders, and our concern for everyone's health and safety."

David was not the first member of WHITESNAKE to fall ill during the group's latest European tour. Guitarist Reb Beach missed several shows on the trek in June after being "under the weather." On June 25, WHITESNAKE canceled its show at the Rock Imperium festival in Spain due to the fact that drummer Tommy Aldridge "went down" and "was bad enough at the time to have missed the first show ever in his career," according to Coverdale. 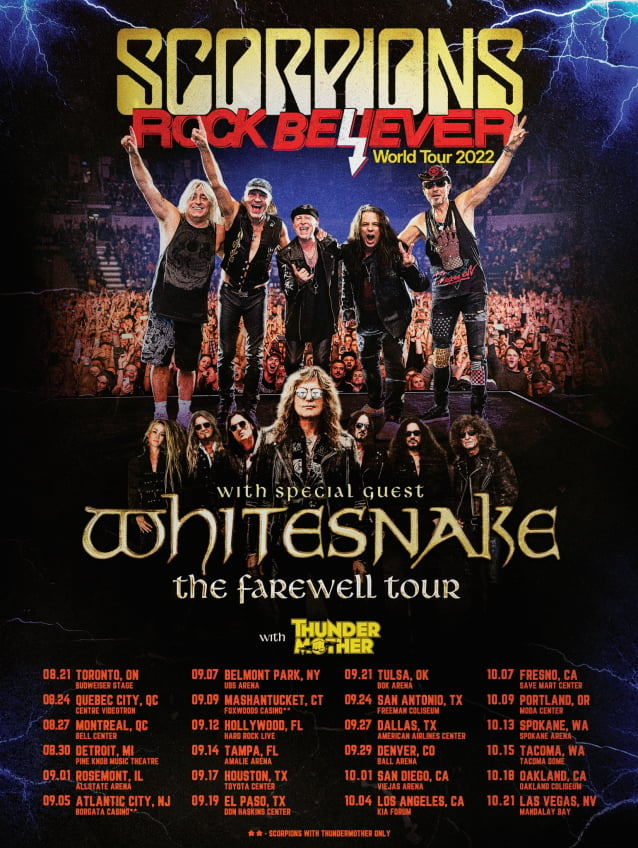