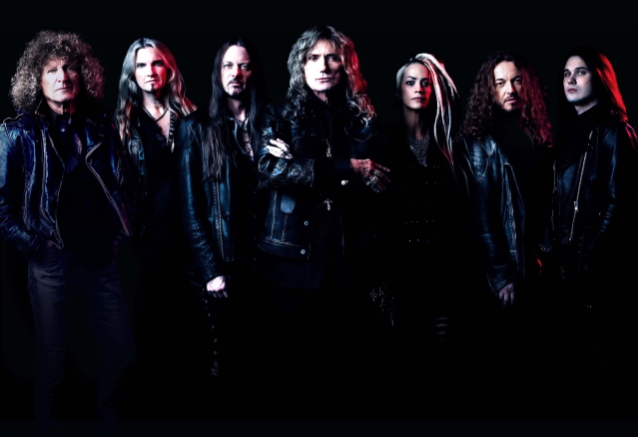 WHITESNAKE's 'Greatest Hits' Have Been Revised, Remixed And Remastered For 2022 Collection

WHITESNAKE continues to revisit its multi-platinum career as it remixes some of its biggest hits for a new collection, "Greatest Hits", which was made available on Friday (May 6) on digital and streaming services.

WHITESNAKE founder and lead singer David Coverdale had 16 tracks remixed and remastered for this collection. He explains: "We've definitely expanded on the original 'Greatest Hits', took them all out of the sonic time capsule of the '80s and '90s, and brought them up to date, sound-wise … as always, we have the original albums for those who consider them holy relics."

Along with those new additions, Coverdale also went back to the vault to unearth vintage performances by guitarist John Sykes that didn't appear on the original recordings, including a solo on "Slide It In" and rhythm guitar on "Give Me All Your Love".

WHITESNAKE will embark on a farewell tour this week with special guest EUROPE. The first leg of "Whitesnake: The Farewell Tour" will start on May 10 in Dublin. Coverdale said: "I pray every day we can all make this happen and once again share unforgettable evenings together and celebrate the amazing journey we have been on for almost 50 years."