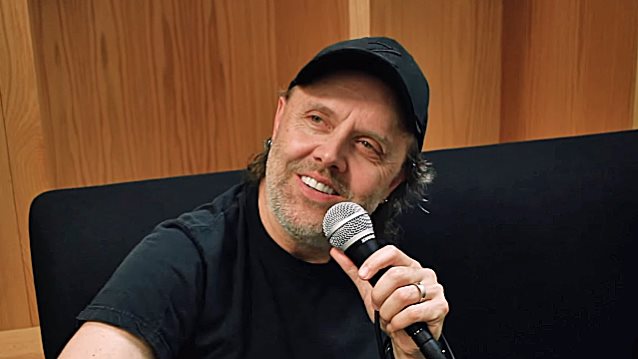 Tim Virgin of 97.9 The Loop conducted an interview with METALLICA drummer Lars Ulrich before the band's June 18 concert at Soldier Field in Chicago, Illinois. You can now watch the chat below.

"Being out on the road is obviously beyond incredible, but playing five or six new songs that we do every night and having new material, that's really cool," he continued. "We do a lot of meet-and-greets and meet all different kinds of folks.

"I've gotta tell you: Three or four days ago in Texas, there was a kid in one of the meet-and-greets; he couldn't have been more than six or eight," Lars said. "And I said, 'Blah blah blah. How're you doing? What's your favorite song?', expecting him to say 'Enter Sandman' or whatever. And he goes 'Atlas, Rise!' I'm not making that up. Six or seven year sold. I said, 'What's your favorite METALLICA song?' He didn't skip a beat — [he] just [said], 'Atlas, Rise!' So that's the reason we make records still. That's amazing — that that still happens."

The Rock And Roll Hall Of Fame band is touring in support of its tenth studio album, "Hardwired... To Self-Destruct", which features the current single "Now That We're Dead".

The North American leg of METALLICA's "WorldWired" trek will hit stadiums in fifteen more cities before ending in mid-August.

The next stop on the tour is Orlando, Florida on July 5.