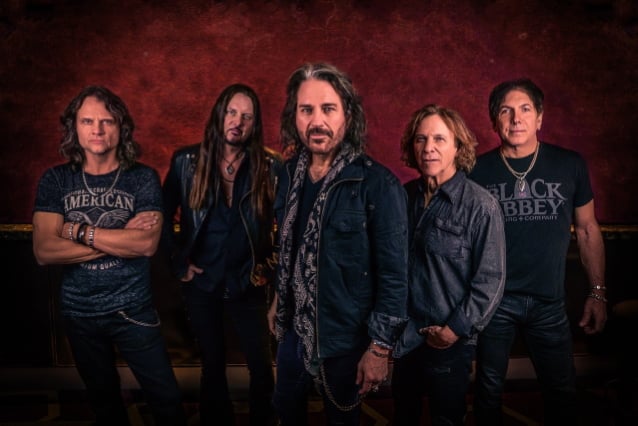 WINGER's seventh studio album is currently being mixed for a 2023 release.

Earlier today, WINGER frontman Kip Winger shared a photo of him and a mixing engineer in the studio, and he included the following message: "Mixing #WingerVII!"

In December 2020, WINGER guitarist Reb Beach told the 213Rock Podcast that he and Kip had "written about seven songs for the new album. It sounds great," he said. "It's WINGER — heavy riffs with big vocals. Very catchy songs and very heavy stuff — very progressive."