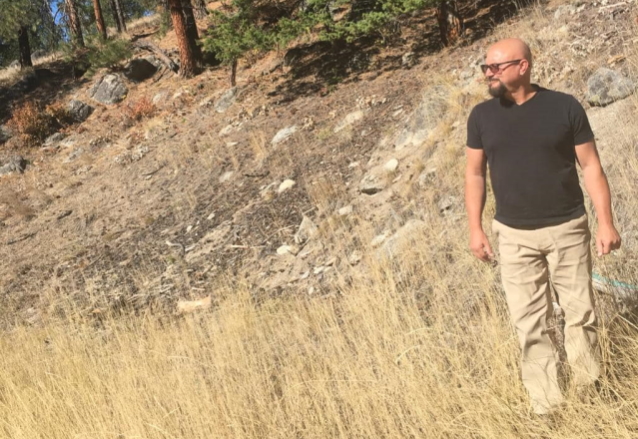 Former QUEENSRŸCHE frontman Geoff Tate is offering you an opportunity to accompany him on an eight-day "Ghost Towns And Guitars" tour through Montana in July 2023.

Tate's Backstage Pass Travel company, whose mission is "to bring a different experience of travel," has announced all the details of the road trip, which will start on July 16, 2023 and run through July 23, 2023.

Says Geoff: "Who wants to spend a week in Montana with me next summer? We'll check out ghost towns and swim in an alpine lake. We'll do some recording so bring your voices or guitars if you play."

A few years ago, Tate told AntiHero Magazine that he loves to travel. "I get to meet interesting people and have wonderful conversations with people," he said. "I get to go to amazing restaurants, and visit historical sites. I am pretty blessed, and I feel very fortunate. I think that I would like to just keep continuing on doing those things for the rest of my life, really."

In a 2018 interview, Tate told Metal Magnitude that he loves "seeing old friends and seeing what's going on. It's cool to go to places over and over again, because you're not there every day, you come maybe once or twice in a year, and you notice the changes, I think," he said. "It's just wonderful looking back at all the memories, all the experiences. It's countless."