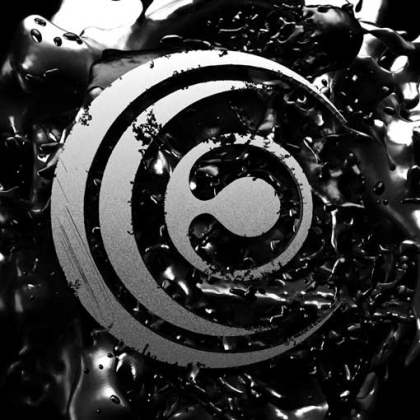 "Electronicore" is the latest hipster tag to emerge in the metal world and one of its face bands is Osaka's CROSSFAITH. Essentially what you're getting with this digi-bang tribe is a rave-minded interpretation of BLEEDING THROUGH and AUGUST BURNS RED. Formed as a protest against a pop-saturated Japanese music market, CROSSFAITH's use of romping synths and grinding electronic filaments amidst hardcore and metalcore methods is not for everyone. However, it's easy to appreciate the band's inherent thumb bite despite frequently ringing like a Tekken soundtrack gone metal-mental.

On their third full-length, "Apocalyze", CROSSFAITH continues to employ the party-down metal tears of their well-received singles "Jagerbomb" and "Monolith" from their 2012 EP, "Zion". "We Are the Future" bursts as a roaring manifesto about bands trying to break molds, thus allowing "Apocalyze" to bop between mid-tempo hook jams and rhythmic metalcore schemes.

"Hounds of the Apocalypse", one of the heaviest tracks of the album, alternates between blast beats and varied hardcore stamps with Tamano Terufumi's smothering of the final section with IMMORTALS-esque synth frolics. The party-flavored "Eclipse" next comes with a crazily-constructed succession of punishing strikes and pulsing pumps that gives woofing vocalist Koie Kenta a moment to throw out some rare cleans. The proto-punched theme continues into "The Evolution", a song with the obvious intent of getting CROSSFAITH's audience pogoing on the floor.

In direct counter to each other, the groove-oriented "Gala Hala (Burn Down the Floor)" at the midpoint of the album is instantly squashed by the abrasive and noisome "Countdown to Hell". The latter's theme about bullying takes a darker path on the following track, "Deathwish", a slinking bopper that pits a vengeance-minded protagonist on the search for his loved one's killers. Ikegawa Hiroki's bass licks on "Deathwish" are menacing despite the awkwardly up-tempo feel of the track

A brief string intro to the anthemic banger "Counting Stars" makes for a tasteful lead into Tamano Terufumi's astral electro fills on the verses and bridges while the song lofts on its choruses. Here, Terufumi's synthetic textures serve the song's drive, along with supplemental vocals from Bianca Roman and mounting guitar fills from Takemura Kuzuki. "Burning White" might've become "Apocalyze"'s hardest hour, but the spanking double hammer from Amano Tatsuya is quickly morphed into a melodic bangfest that's lavished by a gorgeous guitar solo from Kuzuki.

CROSSFAITH saves their most potent venom for "Only the Wise Can Control Our Eyes", a song spotlighting the Fukushima nuclear disaster. The moshing verses are brutal, the wrecking breakdowns are smartly executed and still CROSSFAITH engineers a tuneful chorus amidst all of the mayhem. It becomes "Apocalyze"'s moment of grace as the band seeks to give voice to the citizens impacted by the Level 7 fallout and to hint at a believed governmental cover-up.

While CROSSFAITH may take some listener acclimation with all of their tenacious electronic rakes, "Apocalyze" is nevertheless a creative and energetic album that grows strength with repeated listens. This album will excite metalcore freaks like it's the dawn of a new era. Like their contemporaries MUCC and DIR EN GREY, this band isn't afraid to dabble, tinker and stretch boundaries largely borrowed from the western sanction. While BORIS continues to reign over the Japanese metal scene in their own modest way, CROSSFAITH will appeal to a broader audience. For certain, expect to hear these guys jacking up a video game or two in the near future.