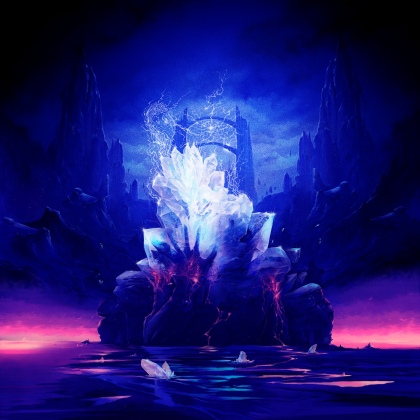 With the release of "In Stasis", U.K. prog metal outfit MONUMENTS dish out a record that will certainly satiate lovers of the genre. The 10-track album is a feast for syncopation and groovy riffs, putting each musician's technical skills on full display. Rounded out by raucous unclean vocals and memorable melodic hooks, their fourth full-length remains accessible to those who may not usually listen to prog and might be put off by more experimental bands.

In collaborating with video game soundtrack composer Mick Gordon ("DOOM", "Prey", "Killer Instinct"),MONUMENTS are able to establish a cinematic and, at times, apocalyptic atmosphere that pervades the record. This influence can particularly be heard in the ominous, organ-filled ending of "Cardinal Red", and the final ethereal moments of "The Cimmerian". These songs also happen to be two of the album's most impactful, alongside the heavy-hitting single "False Providence" and "Makeshift Harmony" (which probably should have been a single, due to its cascading clean vocals and uniquely melodious guitar parts). "Arch Essence" is also notable for the fact that it features PERIPHERY's Spencer Sotelo. Some of the other songs on the record, though, can blur together a bit.

Content clearly also matters to MONUMENTS, whose songs are as lyrically prolific as they are musically. The 8-minute closing track "The Cimmerian", for instance, recalls a people in Homer's epic "The Odyssey" who live in constant darkness near the land of the dead. In that same spirit, vocalist Andy Cizek croons lines like "Shrouded in darkness, I remain/ a memory cast away/ Death is my only saving grace." About halfway through, the song quiets to an electric-acoustic/classical guitar section, before ultimately ramping back up to the record's most climactic moment, ending with the emotional declaration, "I will remember all that was ever lost."

Overall, "In Stasis" is an album that can grab a wider swath of fans than the average prog metal release. Lovers of metal, metalcore and even deathcore can all find something to like about it. While some songs stand out more than others, the record’s huge sound leaves a forceful and lasting impression.