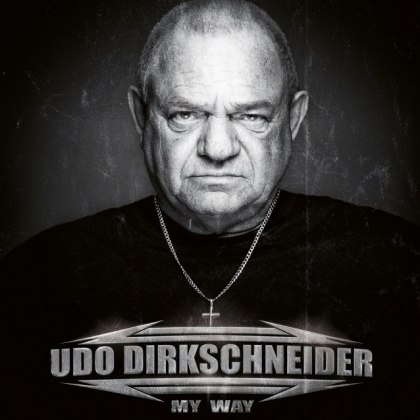 There are certain figures in the grand pantheon of heavy metal that are and will always remain 100% unfuckwithable. Udo Dirkschneider is plainly one such figure: a revered and acclaimed legend, both as frontman with ACCEPT in their early days and, ever since, as leader of his own titular crew. From the seminal likes of ACCEPT's "Restless and Wild" and "Balls to the Wall" through to recent U.D.O. albums like 2013's merciless "Steelhammer" and last year's excellent "Game Over", the German's unmistakable voice has been ripping faces off for more than 40 years. As a result, you would have to be a heartless prick to begrudge the old chap this slight moment of self-indulgence. To celebrate his 70th birthday (and, presumably, the fact that age has not withered the old leather larynx one bit),Udo has recorded a covers album, offering his own interpretations of beloved songs from his youth, and possibly beyond. And, as you may have foreseen, he is not the kind of singer to perform radical reconstructions of his source material. Instead, these are nearly all faithful renditions, delivered with just enough fieriness and flair to keep the specter of karaoke from the door. Again, unless you have ice flowing through your veins, the whole thing is so entertaining and endearingly straightforward that resistance seems both useless and a bit mean-spirited.

Ultimately, the appeal of "My Way" hinges on exactly how much you want to hear Udo bellowing his way through these songs. He is, of course, perfectly well suited to the balls-out hard rock of MOTÖRHEAD's "No Class" and AC/DC's "T.N.T." , and he pins both songs to the wall with maximum conviction. But it's the closest thing this album has to curveballs that really stand out, highlighting hidden depths to the Dirkschneider wail in the process. A sassy rip through Tina Turner's "They Call It Nutbush" conjures the strange phenomenon of turbocharged soul music that audibly wants to smash your face in. RAINBOW's "Man On The Silver Mountain" will never sound quite right without the magnificent Ronnie James Dio, but Udo's version has tons of gritty charm nonetheless. Most startling of all, the STONES' "Paint It Black" turns into (and bear with me on this one) a Teutonic Spaghetti Western gallop, replete with power metal gang vocals.

And yes, he sings "My Way" and yes, it is staggeringly corny. But when you have already sung some of the greatest heavy metal songs ever recorded and put in more than four decades of hard graft on the spiked and studded frontlines, you can basically do whatever the fuck you want. Happy 70th birthday, Herr Dirkschneider.