AC/DC has launched a range of new merchandise to celebrate the 40th anniversary of its classic 1980 album "Back In Black".

Last December, "Back in Black" was certified by the Recording Industry Association Of America for U.S. shipments of 25 million copies. 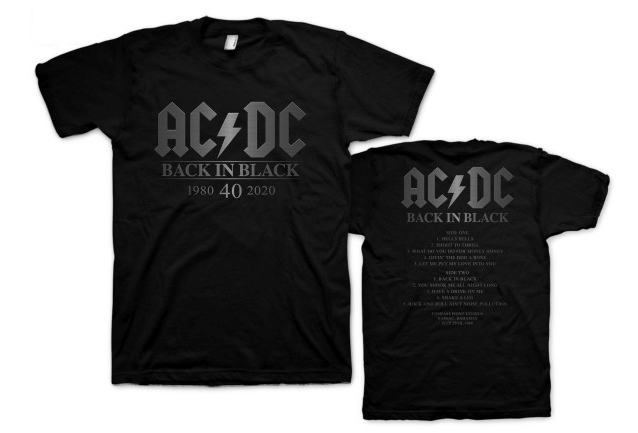