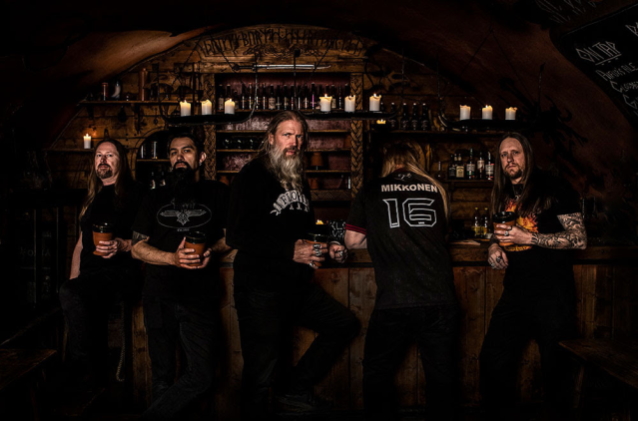 AMON AMARTH's music video for the song "Oden Owns You All" can be seen below. The track is taken from the band's twelfth studio album, "The Great Heathen Army", which was released in August via Metal Blade Records. The LP was recorded with acclaimed British producer Andy Sneap, who previously worked with the band on 2013's "Deceiver Of The Gods" and 2016's "Jomsviking" albums.

AMON AMARTH guitarist Johan Söderberg told El Cuartel Del Metal about the group's production approach on "The Great Heathen Army": "We tried to go for a more dark, more brutal sound on this album. 'Cause the last album [2019's 'Berserker'] we tried to make it more heavy metal kind of style, but now we wanted to go more towards a death metal style — mostly in the sound, more raw and dark.

"We always liked to mix some heavy metal influences into our music, but on this album we wanted to go more back to death metal," he explained. "But, of course, the song 'Saxons And Vikings', it's very heavy metal because Biff [Byford] of SAXON is part of the song. But it's still maybe more heavy than a heavy metal song, I would say."

AMON AMARTH teamed up with MACHINE HEAD for the "Vikings And Lionhearts" co-headlining European arena tour in September and October.