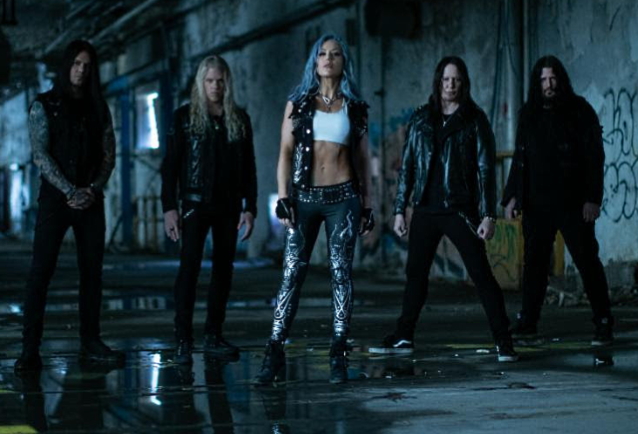 ARCH ENEMY To Release Another New Song, 'House Of Mirrors', Next Week

Swedish/Canadian/American melodic death metallers ARCH ENEMY will release another new song, "House Of Mirrors", on Thursday, December 9. The cover artwork for the single is available below.

"House Of Mirrors" will mark the second new ARCH ENEMY track to be made available in four years, following the October 21 arrival of "Deceiver, Deceiver".

In the fall of 2018, ARCH ENEMY guitarist Michael Amott revealed that he had commenced the songwriting process for the follow-up to the "Will To Power" album. Released in 2017, that disc marked the second ARCH ENEMY LP since the departure of longtime singer Angela Gossow and addition of ex-THE AGONIST frontwoman Alissa White-Gluz. It was also the first ARCH ENEMY disc to feature former NEVERMORE guitarist Jeff Loomis, who joined the band in late 2014.