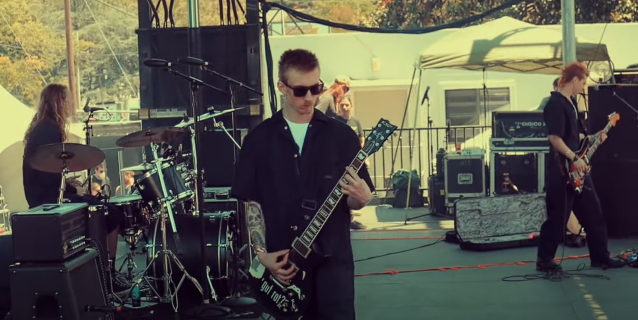 BASTARDANE, the new band featuring drummer Castor Hetfield, son of METALLICA frontman James Hetfield, has shared a video recap of its appearance at the BottleRock Napa Valley in late May at the Napa Valley Expo in downtown Napa, California. Check it out below.

In addition to the 22-year-old Castor, the Savannah-based hard rock trio includes Jake Dallas on vocals/bass and Ethan Sirotzki on guitar. The group formed in 2019 from a collection of college students who met through jamming in basements, backyards, and anywhere that was available. Their brand of entertainment fuses fast high-gain riffs and power chord grooves with heavy feedback and clean, dissonant chord progressions.