BILL WARD On BLACK SABBATH's 2011 Reunion Contract: 'Even If Someone Had Held A Gun To My Head, I Couldn't Have Signed' It

In an interview in the new issue of Rock Candy magazine, BLACK SABBATH drummer Bill Ward discusses his ongoing love for the band he co-founded and the other members, despite the numerous personal problems they have had with each other over the years.

"I wish the others all the best, I really do," Ward explains to magazine editor Howard Johnson when talking about vocalist Ozzy Osbourne, guitarist Tony Iommi, and bassist Geezer Butler. "Do I still love them? Yes. I certainly don't resent them. I just wish them well."

Fans were disappointed when plans for the original SABBATH lineup to perform together back in 2012 fell through over contract disputes, but Ward is adamant that he was put in an untenable position.

"I made it well known to everybody who was important that I wanted something that was fair, and it just didn't happen," explains Ward. "Even if someone had held a gun to my head, I couldn't have signed that contract. It was one of the most regrettable things I've ever gone through in my life and I was particularly sad for the fans over how things ended up. But that hasn't stopped me from loving the guys. SABBATH is where my heart lies."

In a wide-ranging interview, Ward covers all aspects of his fascinating SABBATH career, including its many ups and downs, as well as his battles with drink and drugs, and suffering a debilitating heart attack. He also discusses in detail the art of drumming and his unique style that did so much to define BLACK SABBATH's sound.

"You have to be honorable to the other players and you have to ebb and flow with them," Ward explains. "Play together. Anything else seems inconsiderate to me."

Read the whole of this revealing article in issue 19 of Rock Candy, available in shops (that are allowed to open!) worldwide and direct, with a digital version included, from this location.

All four original members of SABBATH were present when the band announced its reunion in late 2011. But Ward split from the group in 2012, and Osbourne, Iommi and Butler carried on with their Rick Rubin–produced "13" LP and extensive international touring without him. 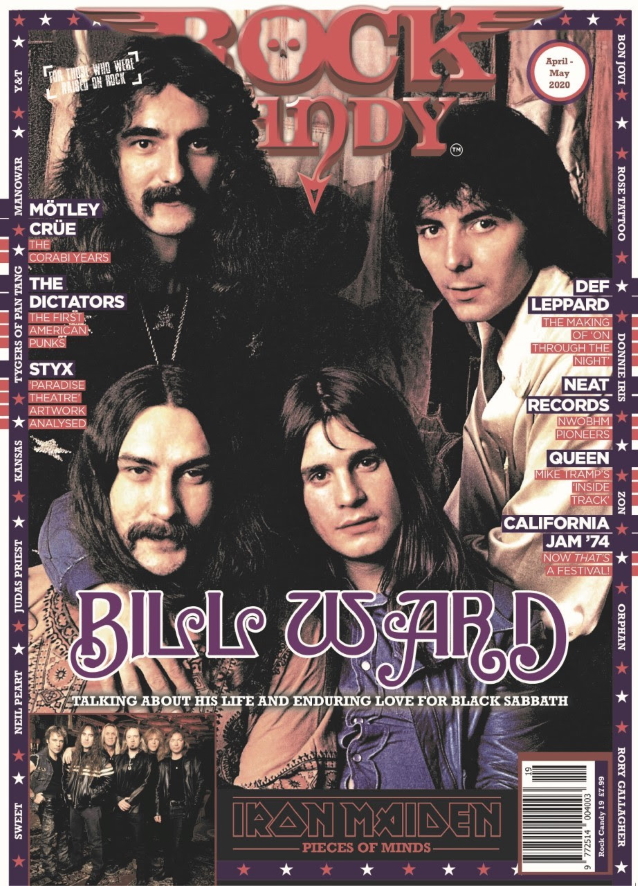