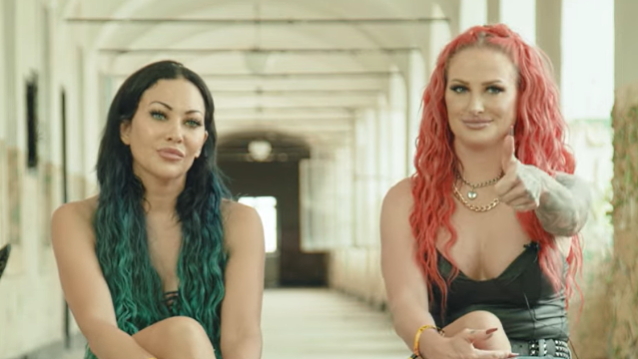 Heidi said (as transcribed by BLABBERMOUTH.NET): "We released a barrage of singles throughout 2020 and 2021, and we're gonna follow that up with a full-length album in 2023. But we're also going to finish out the rest of this year with a bunch of singles from that album. So we're very excited. We played one new song today from that album, called 'Best Friend'. And it's been going over really well. So we're very excited. I know it's been a while, but it'll be worth the wait."